4th / 5th Doctor Console Now on Display at the DWE

This console is particularly special because it not only spanned two Doctors (Tom Baker and Peter Davison) But it is also the longest serving console having been used as the main set for the TARDIS interior from 1975-1983, when the classic run of the series was at it’s most watched, making this (for those of a certain age) THE TARDIS! 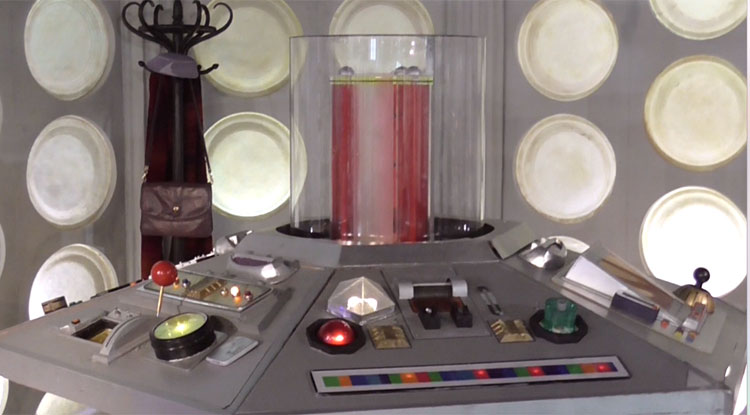 It was replaced in 1983 with an updated version for the 20th anniversary story ‘The Five Doctors’ but seen once more in Colin Baker’s era during The Two Doctors, after which it was scrapped.

Mark says that at the time of production, the BBC simply didn’t know that 33 years later thanks to video, DVD and Blue-ray, digital downloads not to mention repeats on ‘The Horror Chanel’ or that the new series would take the world by storm, neither did they know that there would be such a high demand from fans to see the exhibition of such old props and artefacts, so they were simply thrown away. 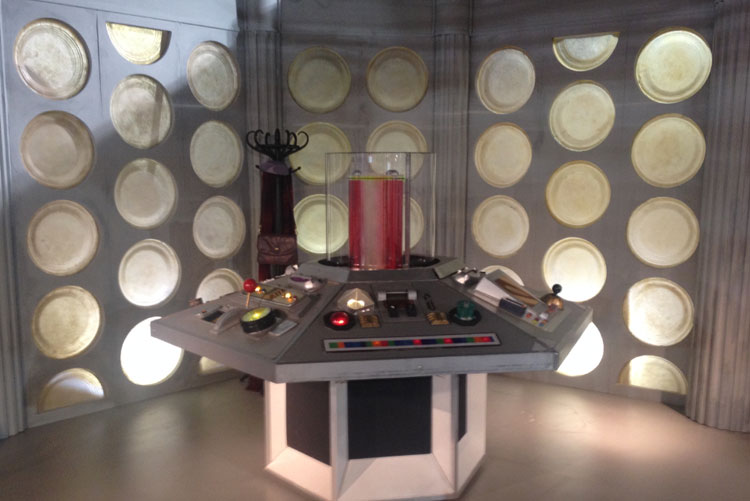 Thankfully producer John Nathan-Turner, special effects designer Mike Tucker, myself and Andrew Beech salvaged a few parts, so at least a few of the controls are authentic, which makes it that little bit more special. It has been a labour of love and many years in the making.

Thanks to costume designer June Hudson I have even been able to include Tegan’s flight bag & hat hanging from the actual hat stand – which JNT said came from the show & is period to this console- so it’s all there along with an original roundel in the walls, so it’s not all replica!

This is the first time this console has been on public exhibition since 1983, when an 8 year old Mark stood in front of it for a photograph at ‘Longleat 83’ ,from that day on he dreamed of bringing this console back, and today his wish came true.

The console is now on display at the Doctor Who Experience upstairs in a special section dedicated to the 50th anniversary celebration and The Day Of The Doctor. It is in this trailer which the console you see here was featured.

You can find out about Tardis Consoles over the years in our extensive section Here. 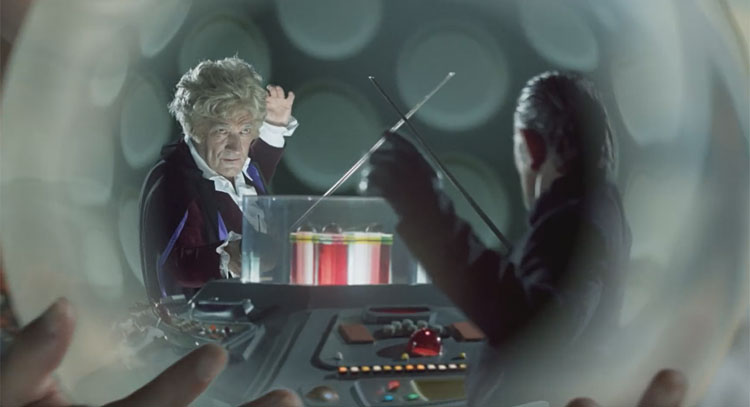