Full details on the Official site

The new series of Doctor Who begins Saturday, 19 September and sees the return of the Doctor (Peter Capaldi) and Clara (Jenna Coleman). The 12 episode run contains a number of two-parters and is executive produced by showrunner Steven Moffat and Brian Minchin.

Episodes 1 and 2: The Magician’s Apprentice / The Witch’s Familiar

Episodes 3 and 4: Under The Lake / Before The Flood

Episode 5: The Girl Who Died

Episode 6: The Woman Who Lived 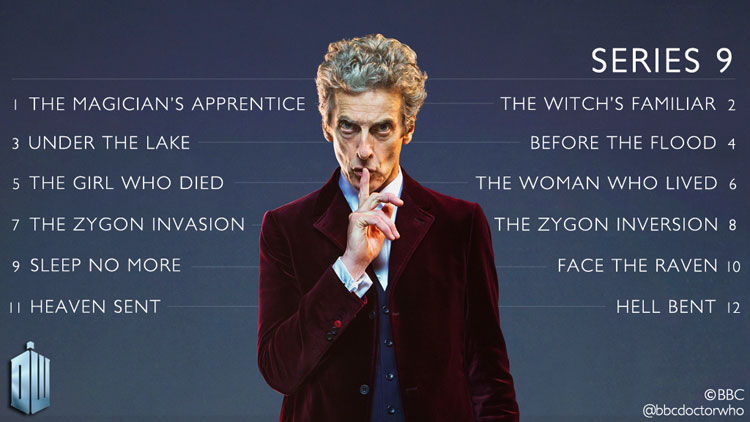