BBC Three Announce Cast for Doctor Who spin off – Class

“Time has looked at your faces now. And time never forgets…”

What if your planet was massacred and you were the sole survivor?

What if a legendary figure out of space and time found you a place to hide?

But what if the things that want to kill you have tracked you down?

And worst of all, what if you haven’t studied for your A-Levels…?

On the first day of term, BBC Three today announce the stars of the Doctor Who spin-off series Class – exciting young new talents Greg Austin, Fady Elsayed, Sophie Hopkins and Vivian Oparah. They will be joined by Katherine Kelly, as she takes the role of a teacher and powerful new presence at Coal Hill School. 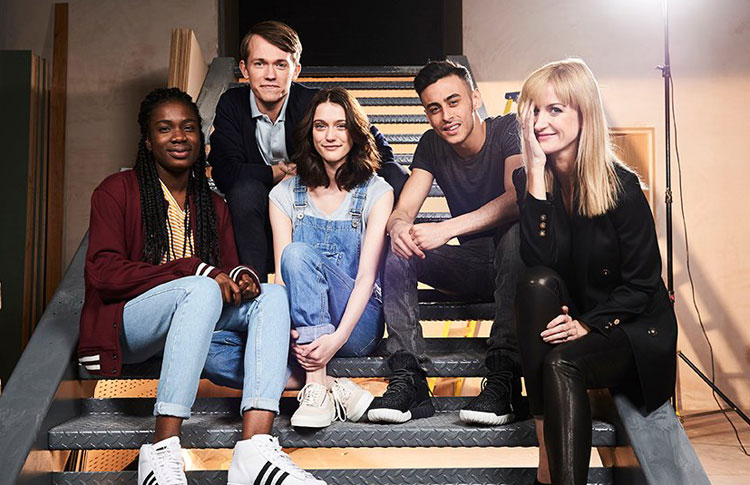 To celebrate today’s announcements we’ve created a special video from set – you can Meet the cast of Class in 360°!

Like all sixth formers, these four Coal Hill School students have hidden secrets and desires. They are facing their own worst fears, navigating a life of friends, parents, school work, sex, sorrow – and possibly the end of existence.

Coal Hill School has been a part of the Doctor Who Universe since the very beginning, but that has come at a price. All the time travelling over the years has caused the very walls of space and time to become thin. There’s something pressing in on the other side, something waiting for its chance to kill everyone and everything, to bring us all into Shadow.

“We searched far and wide for this amazing cast, fantastic actors who understand what we’re aiming for with this show. And how lucky we are to get Katherine Kelly! She’s been stunning in Happy Valley, The Night Manager and Mr Selfridge, just wait until you see her here.”

“There’s nothing more exciting than meeting stars that nobody’s heard of yet. We had the read through of the first few episodes last week, and there was a whole row of them. Coal Hill School has been part of Doctor Who since the very first shoot in 1963, but this new show is anything but history. Class is dark and sexy and right now. I’ve always wondered if there could be a British Buffy – it’s taken the brilliant Patrick Ness to figure out how to make it happen.”

Class is a YA series set in contemporary London. It is scary, funny, and as painful and sharp as youth. It will also shine a light on a whole new corner of the Whoniverse.

“I can’t wait for Class to arrive on BBC Three. BBC Three will always back best young British talent.”

Further casting will be announced in due course.