We’re very excited here at Pudsey HQ, because we’re finally able to share with you the amazing line-up of stars that will be appearing on the 2012 BBC Children in Need Appeal Night on Friday 16 November – three weeks from today!

The star-studded evening of entertainment will feature music performances from One Direction (who kick off the programme) plus Little Mix, Susan Boyle, Leona Lewis, The Script, Paloma Faith, Il Divo and Tim Minchin. Pop superstars Girls Aloud will also reunite live in the studio for the exclusive first TV performance of their much anticipated official BBC Children in Need 2012 single entitled ‘Something New’.

Britain’s Got Talent 2012 winner Pudsey the dog will finally meet his namesake BBC Children in Need’s own Pudsey Bear for an exclusive dance performance extravaganza.

Around twenty of Britain’s Olympic and Paralympic heroes including Tom Daley, Rebecca Adlington, Louis Smith, David Weir, Nicola Adams and Ellie Simmonds will switch their trainers for dancing shoes for their very own music video set to Basement Jaxx’s ‘Do Your Thing’ – including a special section featuring Zara Phillips and her 3 Day Eventing teammates dancing ‘Gangnam Style’.

Strictly Come Dancing viewers’ favourites Ann Widdecombe and Russell Grant will return to the dance floor on a wing and a prayer for an unmissable performance with their partners Anton Du Beke and Flavia Cacace.

The BBC Newsreaders Fiona Bruce, Sophie Raworth and Bill Turnbull will be pitting their driving skills against each other in a special edition of Top Gear’s ‘Star in a reasonably priced car’. A host of comedy specials will also feature including an exclusive episode of Not Going Out with Lee Mack featuring a cameo appearance from Sir Terry Wogan himself.

The action will spread across the country, as presenter and former chorister Aled Jones leads The Choir which once more unites children across the UK’s nations and regions and leads a 2,500 strong chorus of young singers in an unforgettable performance of ‘Bridge Over Troubled Water’.

Viewers will also get a rare treat as Pop princess Kylie Minogue performs re-workings of some of her classic hits accompanied by the BBC Concert Orchestra, filmed at Proms in the Park in Hyde Park earlier this summer. Also EastEnder Shona McGarty (who plays Whitney) will be singing an extra special number.

The evening will feature films highlighting some of the vital work the charity is doing to change the lives of children throughout the UK. Fearne Cotton will introduce an appeal film on bullying and Robbie Williams will help tell the moving story of a family supported by BBC Children in Need through a time of grief. Olympian Tom Daley will front a film about a teenage hero who has been helped by BBC Children In Need and EastEnders actress Nina Wadia (who plays Zainab) meets a little boy whose life has been transformed by BBC Children in Need’s “Friendship Project”.

Totaliser updates will be dotted throughout the night to keep viewers up to date with the total amount raised.

Sir Terry Wogan, BBC Children in Need Life President, says: “BBC Children in Need as ever is graced by the presence of lovely ladies Tess and Fearne, and this year I’ll be delighted to welcome Radio 1’s morning star, Nick Grimshaw, to prop me up as the Friday appeal stretches into Saturday, and we head for what we hope will be another record-breaking total for the people’s charity. Every year of BBC Children in Need is a shining tribute to the extraordinary generosity of the British people.” 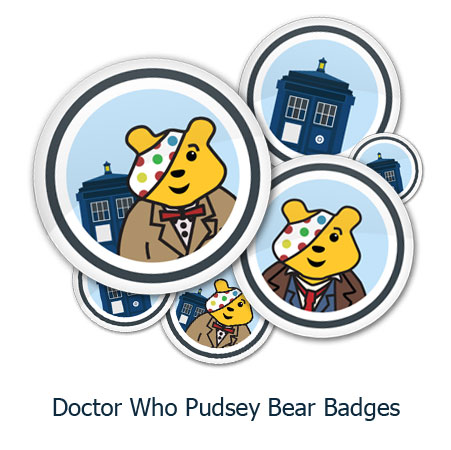