With all the extra people, resources are finite. It’s said that in four month’s time, the human race will cease to be viable. But this can’t be a natural event – someone’s got to be behind it. It’s a race against time as C.I.A. agent Rex Matheson investigates a global conspiracy. The answers lie within an old, secret British institute. As Rex keeps asking “What is Torchwood?” he’s drawn into a world of adventure, and a threat to change what it means to be human, forever.

At the moment Torchwood Miracle Day is not listed for broadcast on July 8th as per the USA – this could change however.

You can now download several wallpapers from the Starz site Here. (start date applies to the USA) 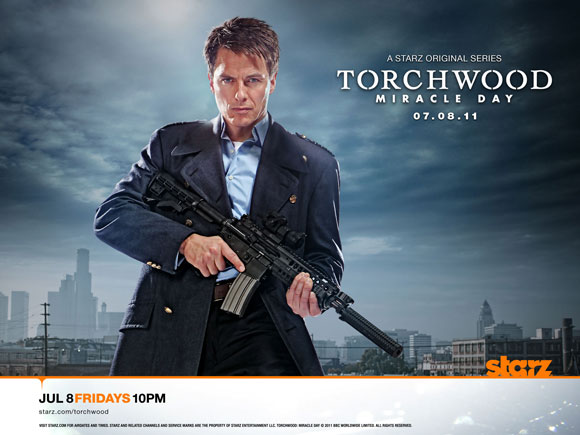 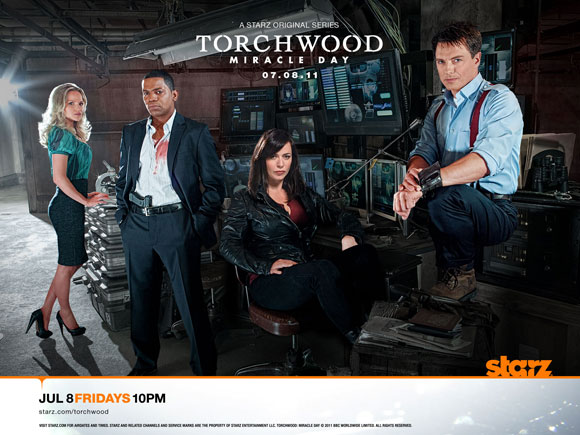 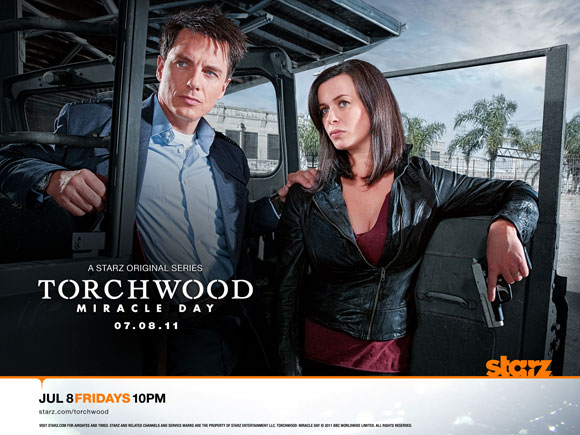 Please note the above countdown applies to the USA.