Doctor Who returns to UK screens later this month for a seven-episode run which opens with a spectacular two-parter set in the USA and penned by “Who supremo” Steven Moffat.

In the opening two episodes, co-produced with BBC America, key scenes have been filmed in Utah for a story set in the late Sixties in which the Doctor, Amy and Rory find themselves on a secret summons that takes them on an adventure from the desert in Utah – right to the Oval Office itself.

The new series follows on from the Doctor Who Christmas Special which featured guest stars Katherine Jenkins and Michael Gambon, and has been split into two blocks, with the second block to be shown in autumn 2011. By splitting the series Moffat plans to give viewers one of the most exciting Doctor Who cliff-hangers and plot twists ever, leaving them waiting, on the edge of their seats, until the autumn to find out what happens. 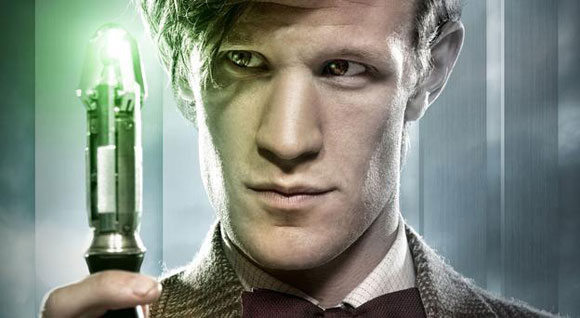 Matt Smith inhabited the role of the Doctor last year and instantly won a legion of fans with his kooky take on the iconic character. Here he reveals what lies in store for the Doctor and his fellow TARDIS travellers in 2011, and why the Fez is no longer his favourite hat.

“I think The Silence are one of the greatest monsters of recent years and certainly one of the scariest,” reveals Matt Smith. “They’re also very clever and I love the fact they’ve been silently working since the dawn of time to make The Doctor come unstuck.”

Matt is talking about the new breed of monster which viewers will be introduced to in the opening two episodes of the series. He is remaining tight-lipped about what viewers can expect but he does offer some insights into the story arc for this series. “Steven [Moffat, writer] has a grand plan and some of the seeds he planted in the last series start coming to fruition and affecting the characters in drastic ways,” explains Matt. “Every character is faced with the most seismic and high-stakes choices we’ve seen so far.”

You can read the full Matt Smith interview and others from Karen Gillan, Arthur Darvill and Steven Moffat. on the BBC press pages Here.

Leave a Reply to lukey who boy Cancel reply