This event has taken place

Your Chance to Get Involved

We may be hurtling towards the incredible series finale but before that, there’s lots to look forward to, including a chance for you to get involved with an Adventure Games.

On Tues, 22 June we’ll be celebrating the imminent release of the second Adventure Game with a special day in Glasgow. The morning kicks off with Doctor Who’s Executive Producer and Lead writer Steven Moffat visiting a school in Glasgow where some lucky students will be the first to try the second game. They’ll then have the opportunity to quiz him in a Q&A session, finding out about the world of Doctor Who and in particular, the brand new game.

In the afternoon we’ll be travelling to Pacific Quay where a Doctor Who panel will be discussing City of the Daleks, the second Adventure Game and the series finale. We’ll be bringing you the whole session live and online including a Q&A with the Doctor Who team – and we want your questions to put to them!

The panel will comprise Phil Ford, writer of the first two Adventure Games and Charles Cecil, one of the Adventure Games’ Executive Producers. Voice of the Daleks, Cybermen and many other monsters, Nick Briggs, will also be on the panel.

The whole event will be available to watch live online on this site. It will include the team sharing the secrets of how the Doctor’s adventures are created and an exclusive clip from episode 13, The Big Bang… plus a surprise or two…

The original article and live broadcast can be seen on the official site Here. More information is also available on the BBC Scotland site Here 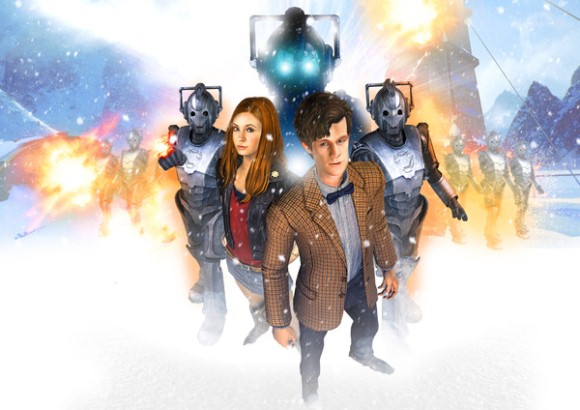