“I’m a different person who looks and sounds like Oswin”

Snow shrouds the Doctor Who Set, dusting a Dickensian street with a silvery shimmer while Matt Smith and a Sontaran chum rehearse and director Saul Metzstein scrutinises a monitor with the rapt attention of an expectant mum at a baby scan.

But another blanket also covers the proceedings that is much more perplexing: secrecy.

Fort Knox-style security always surrounds the making of Doctor Who – and no one is clearer than showrunner Steven Moffat that spoilers are so called for a reason – but his third Christmas episode, The Snowmen, warrants special measures.

Security is tight, confidentiality agreements are signed and RT has been warned that prematurely breathing a word of what we’re about to see may result in a big sleep with the fishes in Cardiff Bay.

Read the full article in this weeks Radio Times, out now. 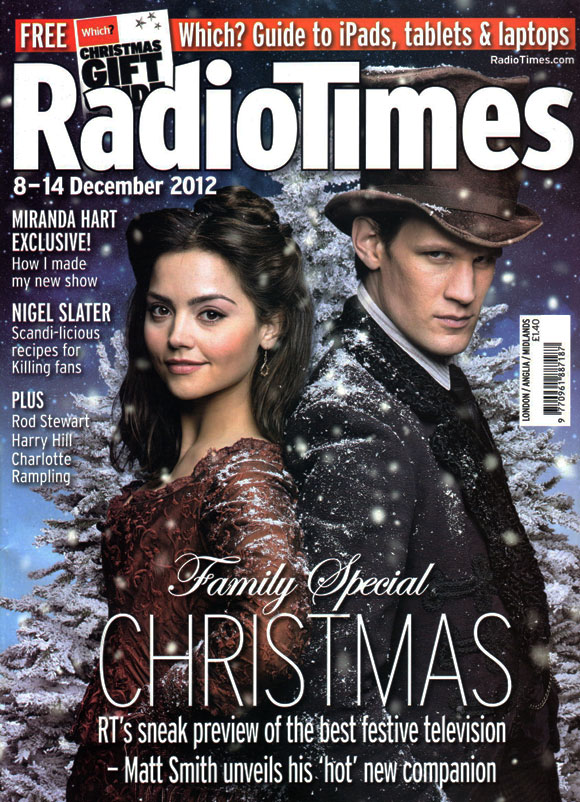