The Doctor Who Experience – home to the biggest official collection of Doctor Who props, costumes and sets in the world –celebrates the latest new arrival at the multisensory attraction in Cardiff Bay. 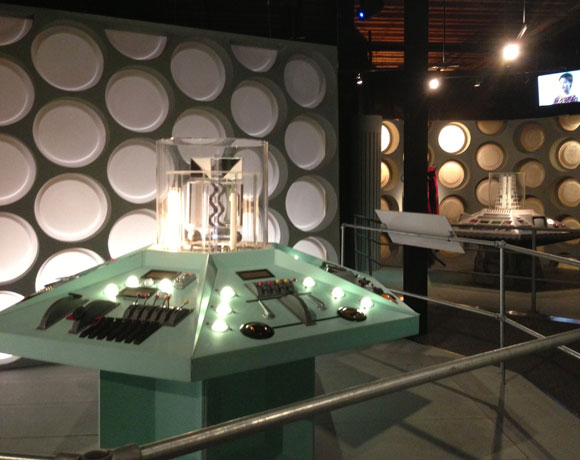 The replica original TARDIS console which will feature in the much-awaited BBC docu-drama focusing on the genesis of Doctor Who – An Adventure in Space and Time – is on display from today in the mezzanine section of the building.

The console was originally designed in 1963 by BBC designer Peter Brachaki (with valuable input from Barry Newberry) and was piloted by the first Doctor as portrayed by William Hartnell. It soon became a design icon and set a basic template which can still be seen in TARDIS console designs to this day. 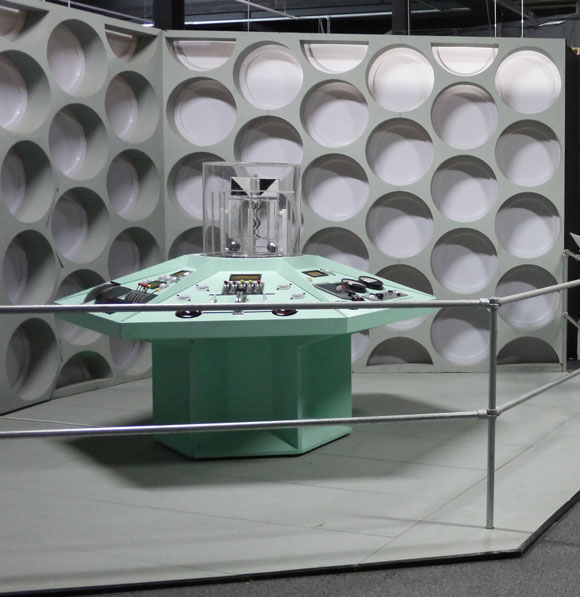 Gleaming white, with a hexagonal central console and illuminated circular indents in the walls, this TARDIS interior was scattered with objects from the Doctor’s travels – including an elegant Ormolu clock and a Sheraton chair. In the very earliest episodes, it included a huge hexagonal device on the ceiling next to the console and other separate banks of instruments, including a ‘fault locator’. 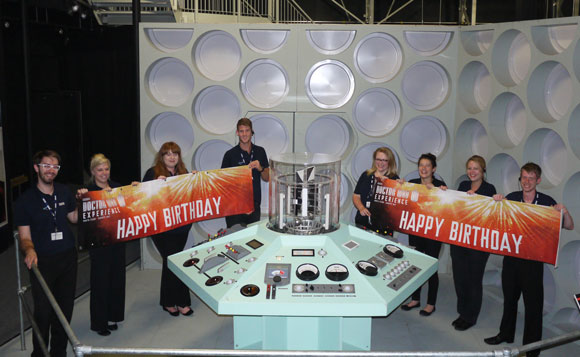 The TARDIS console (which will be piloted by David Bradley who will portray the first Doctor in the docu-drama) was displayed at Comic-Con Paris in July 2013. It will be on display to all visitors at the Experience throughout the summer.

Tickets can be booked at www.doctorwhoexperience.com and prices start from just £13 for an adult and £9 for children.