Images and Text courtesy of The Radio Times. You can read the whole article in this weeks edition on sale now. 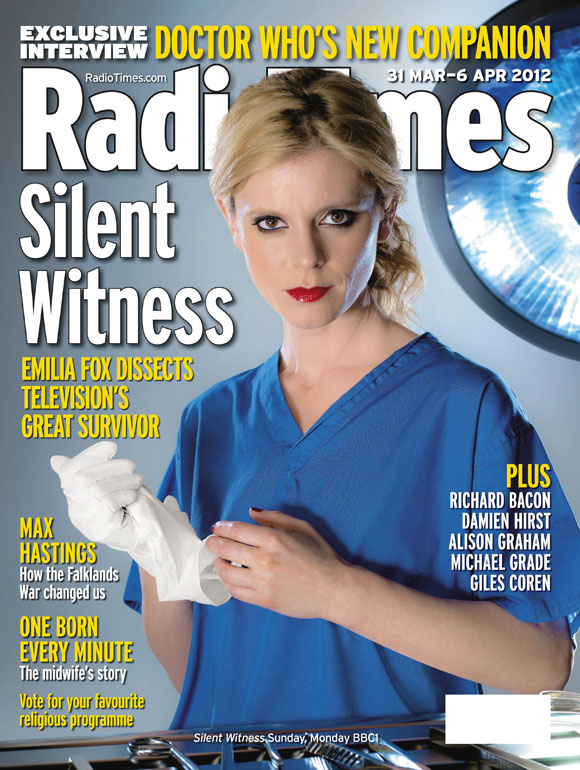 Jenna-Louise Coleman’s audition for the part of the new companion in Doctor Who to replace Karen Gillan’s Amy Pond was shrouded in such secrecy that the show had a codename: Men on Waves.

“I wasn’t allowed to say it was Doctor Who at any point – not talking to my agent, not when I arrived at the audition, and I certainly couldn’t tell anyone at all what I was up to next,” the 25-year-old actress says, admitting that she was surprised at how good a fibber she became.

“When she was auditioning, Karen Gillan had been given a codename – Panic Moon, which is an anagram of Companion – so I worked out that Men on Waves is an anagram of Woman Seven, because this is the seventh series. Weirdly, seven is my lucky number and this is my seventh job.”

Fate may or may not have had a hand in Coleman’s casting, but her performance in her auditions with Matt Smith definitely did. Who showrunner Steven Moffat has said that she and Smith had a cracking chemistry and Coleman describes her auditions as unique. “Normally you’re just reading in front of a camera, but with this, it was so physical. We were using props and running around so it felt like playing – and like a partnership straightaway.” 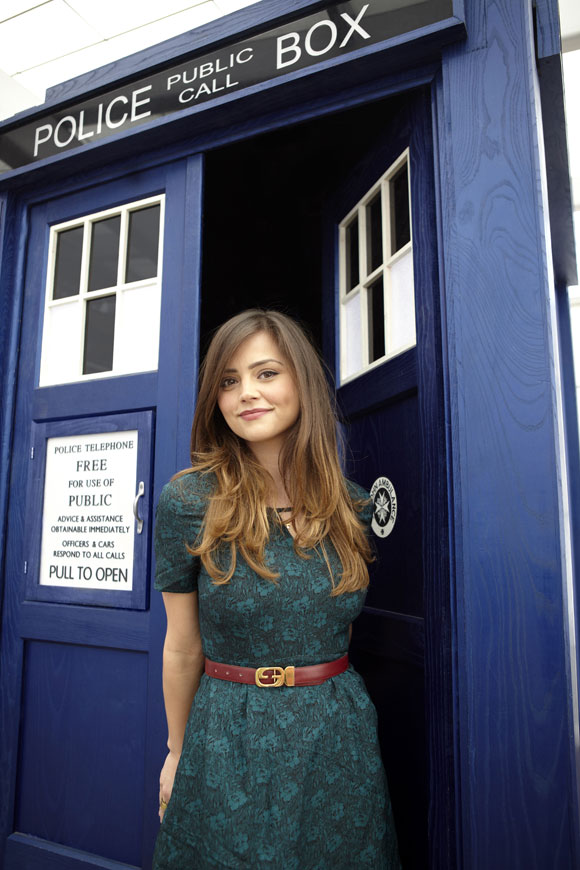 Coleman will certainly need to hit the ground running – not least as 2013 is Doctor Who’s 50th anniversary for which Big Things are promised. She will be joining the show properly in May when she begins filming her first episode – the Christmas special. The Blackpool-born actress, best known for playing Emmerdale’s Jasmine Thomas and Waterloo Road’s Lindsay James, says she’s thrilled – and relieved that she doesn’t have to keep her next job a secret.

“When you keep a secret this big – I’ve kept this one for six weeks – the temptation to tell is all the more irresistible, especially as I live with three schoolfriends,” she says. “With girl politics the way they are, I couldn’t tell just one friend. I had to phone one of them on the way to the press conference to tell her that I’d borrowed her shoes, in case she saw them in photos.”

Coleman, named by her grandma after Jenna Wade (played by Priscilla Beaulieu Presley) from Dallas, says she’d be naive not to think about the attention and success that playing the Doctor’s companion brings, but she knows lean times too. After Emmerdale and Waterloo Road she was rejected by Rada and didn’t work for a year.

Did the acting work dry up because she’d been labelled a “soap actress”? “It’s very easy for people to put you in a box,” she says, “and I’ve been fighting very hard against that.” She’s certainly got range: she’s currently in Julian Fellowes’ Titanic and arch-intellectual Steven Poliakoff’s forthcoming BBC2 drama Dancing on the Edge.

Coleman’s soap background will have prepared her for the demanding Doctor Who schedule and, on Titanic and the Hollywood blockbuster Captain America, she’s had some experience of special effects. “I haven’t had to talk to anyone who wasn’t there before, but in Titanic, I did have to talk to a paper cup as if it were a person on a ship. So maybe that was good practice…”

What can Coleman say about her character? Will she be using her own gentle Lancastrian accent?

“I have an idea of the story, of the character and of a few surprises, but I don’t know her name or where she’s from. I just told Steven and [producer] Caroline Skinner ‘Don’t tell me anything until I need to know it.’”

And what does Coleman hope for from Doctor Who?