An extended trailer and exclusive clip from episode six were shown. 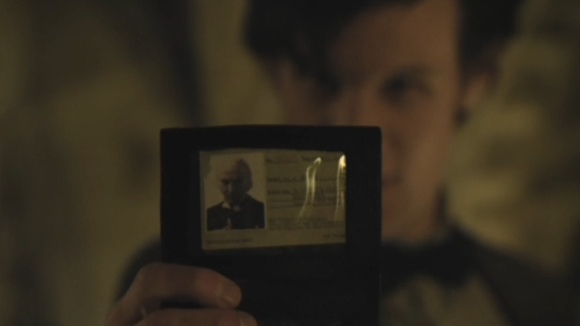 New Time Lord Matt Smith talked about becoming the Doctor: “My Doctor is clumsy, a little reckless, but becomes more assured as the series develops.”

He also revealed: “I couldn’t tell anyone for three months,” and says: “To my mind it’s the best part in British TV history.”

He told Jonathan that he took advice from David Tennant and that he’s eager to take on his mantle: “I spoke to David briefly, he said ‘enjoy the ride’.”

On the TARDIS, he revealed there have been some changes: “It’s bigger on the inside, has different levels, other rooms including a library, [and is] a different shade of blue outside.”

Finally, he said he’s here to stay: “I hope to do at least another year, it’s a wonderful part and I want to keep it.”

Leave a Reply to WHO DUDE Cancel reply