This years SFX Weekender has taken place with a host of celebrities from the science fiction world which saw Doctor Who doing well in the annual awards. 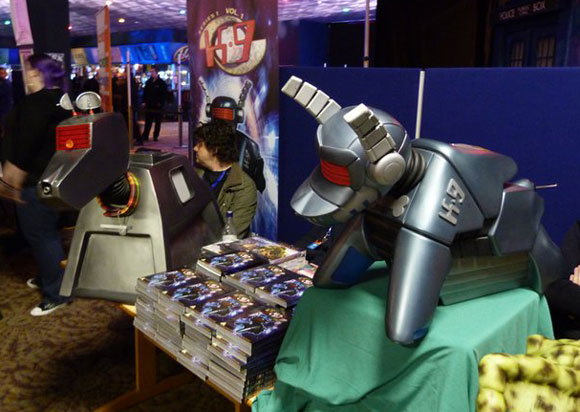 Paul Tams and Bob Baker with the Korven… 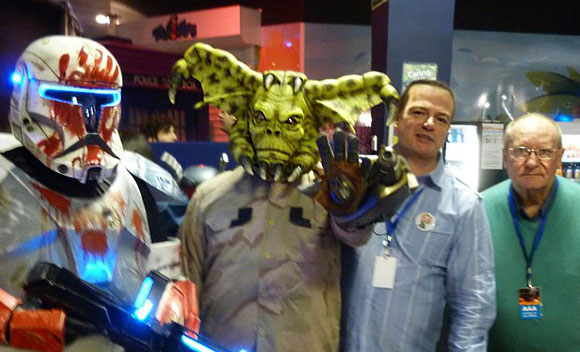 The K9 panel with Paul Tams and Bob Baker…

Doctor Who was amongst the big winners, you can see the full list Here.

Message from Matt Smith: “Thank you so much to the readers of SFX for voting for me. I’m really proud to have won this award and it’s amazing to receive such fantastic support from fans of the show. I’d also like to thank the team at SFX who have continued to produce brilliant coverage on the show – the magazine’s 3D lenticular cover last April was incredible and a real highlight for everyone involved in Doctor Who.”

Message from Karen: “Wooah! I really wasn’t expecting that! I’m completely honoured that the cool cats who read SFX have voted me best actress! Basically I’m trying to say thanks to each and every reader who took the time to vote. I would also like to thank the Doctor Who production team who work so hard every day to make this show a success. And a big thank you to Matt and Arthur for making the TARDIS team such fun to be in.

“We are back on your screens this spring with some seriously scary stuff going down. So look out….”