11 episodes from the 1960s, nine of which have not been seen for over 45 years, will launch exclusively on iTunes today (Friday 11 October).

BBC Worldwide is delighted to announce that nine recordings from the 1960s featuring missing episodes of Doctor Who, the world’s longest running sci-fi drama, have been recovered in Nigeria, Africa.

11 Doctor Who episodes were discovered (nine of which were missing) by Phillip Morris, director of Television International Enterprises Archive, by the tracking records of overseas shipments made by the BBC containing tapes for transmission. BBC Worldwide has re-mastered these episodes to restore them to the fantastic quality that audiences expect from Doctor Who.

The stories recovered are The Enemy of the World (1967) and The Web of Fear (1968), both starring Patrick Troughton as the second Doctor. 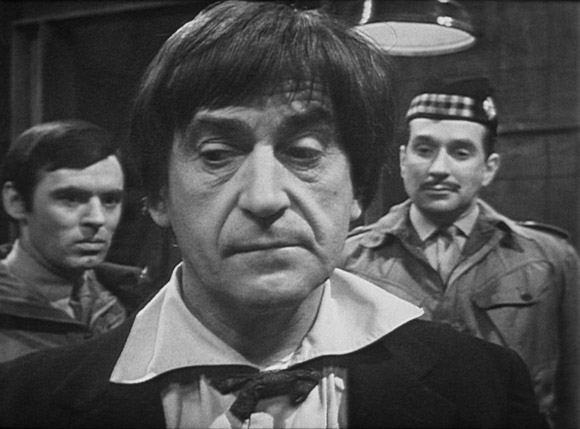 The Enemy of the World, is the fourth six-part tale of Series 5 which first aired on the BBC in December 1967. Episodes 1, 2, 4, 5 and 6 had been missing from the BBC archives.

Alongside Patrick Troughton who plays both the Time Lord and his antagonist (Ramon Salamander) are his companions Frazer Hines (Jamie) and Deborah Watling (Victoria). 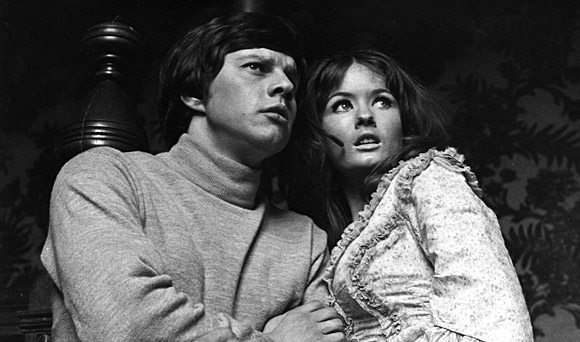 Also recovered is the 1968 six-part story, The Web of Fear. Episodes 2 – 6 were feared lost forever but now episodes 2, 4, 5, and 6 have been recovered. Unfortunately, episode three is still missing but a restoration team has reconstructed this part of the story using a selection of the 37 images that were available from the episode along with the original audio which has been restored. 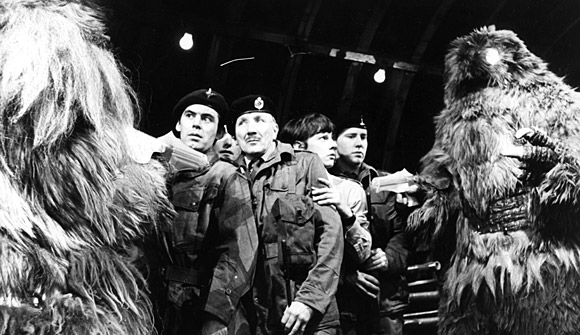 The Web of Fear

Also starring Patrick Troughton alongside Frazer Hines and Deborah Watling, The Web of Fear introduces Nicholas Courtney for the first time as Colonel Lethbridge-Stewart (who later returns as Brigadier Lethbridge-Stewart). 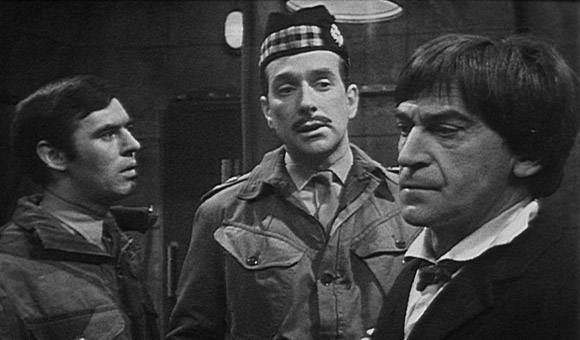 Nicholas Courtney as Colonel Lethbridge-Stewart pictured in the middle

The tapes had been left gathering dust in a store room at a television relay station in Nigeria. I remember wiping the dust off the masking tape on the canisters and my heart missed a beat as I saw the words ‘Doctor Who’. When I read the story code I realised I’d found something pretty special.

We are thrilled with the recent discovery of The Web of Fear and The Enemy of the World and we’re very happy to be launching re-mastered versions of these treasured episodes to fans as we celebrate the 50th year of Doctor Who.

On the 23rd November 2013, Doctor Who celebrates 50 years since the very first episode, An Unearthly Child, aired on BBC television. A number of episodes from the first series of Doctor Who were lost as a result of BBC Archive space-saving measures and there are still 27 Doctor Who stories that are missing or have incomplete episodes. 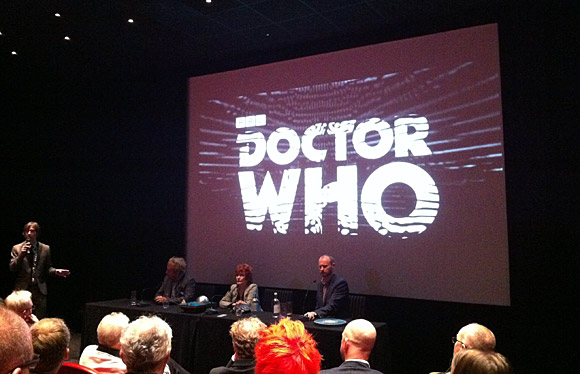 Frazer Hines (Jamie), Deborah Watling (Victoria) and Mark Gatiss answering questions at the press conference yesterday where Episode One of The Enemy of the World and Episode Two of The Web of Fear were shown. In front of Mark Gatiss is one of the recovered episodes from Africa.

The DVD SHOULD be available to pre order exclusively from www.bbcshop.com within the hour (if all goes to plan) Released date 25th November 2013