492 Doctor Who doppelgängers, Daleks and Oods were among the eccentric Doctor Who fans who took part in the Guinness World Records attempt.

Peter Capaldi and Executive Producer Brian Linchpin were in Mexico to celebrate the premier of Doctor Who, Season 9 on NBC’s channel Syfy and visited the La Mole Comic Con to support the epic record attempt. 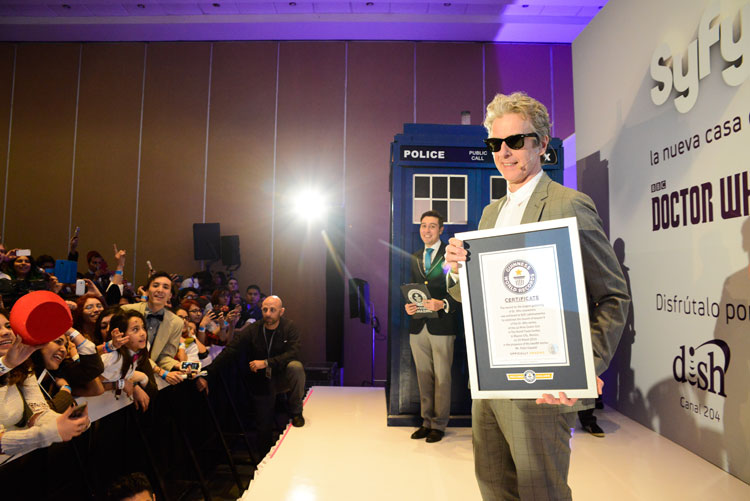 The book reveals the records behind the biggest hits in TV, Music, Film, Toys and Apps and lends a feature to the enduringly popular Doctor Who. Leave a Reply to The Super Whovian Cancel reply