Radio Times unveils inside of the new Tardis

The new issue of Radio Times is out Today and gives an exclusive glimpse into the new Tardis, in a special pull-out gatefold cover – buy Radio Times to see the full cover picture that reveals the inside of the new Tardis. 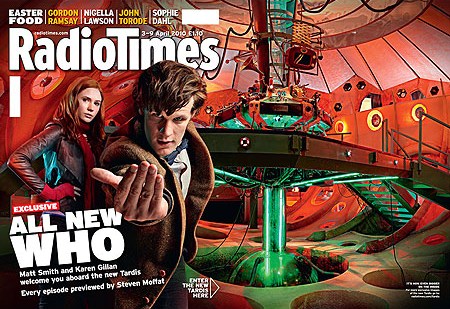 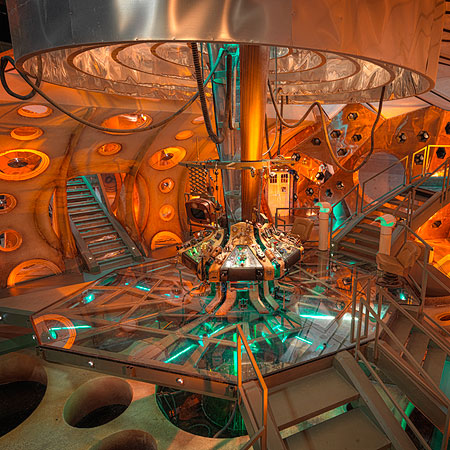 From The Radio Times…

Matt Smith is the 27-year-old actor to scoop the title role in the new series of Doctor Who. A graduate of the University of East Anglia, where he studied drama and creative writing, Smith has his own way of accessing this enigmatic character. “I was thinking, ‘Who in the world has a brain and a silliness which is close to the Doctor?’ and then I saw that photograph of Albert Einstein poking his tongue out and it just clicked. I found this book of quotes by Einstein – which I recommend as a life choice, he was such an insightful man – and I started writing short stories about Einstein and the Doctor, where the Doctor was getting irritated with the great man’s buffoonery. He’d be saying, ‘Come on, Albert, keep up!’ and I think that, more than anything, was my way in to the part.”

Karen Gillan is the girl who grabbed the role every actress would die for: the companion to the eleventh Doctor. Fans camped outside the Doctor Who set are a reminder of the show’s unique place in British culture. “I was never really into science fiction when I was growing up,” she says, “though my mum was a big Doctor Who fan. Now I’ve turned into a real sci-fi geek. Once you get sucked into that world, it has its own logic and laws, which is why I think people are so passionate about it.”

TV & Satellite Week and Total TV guide covers, both have extensive articles on the new series 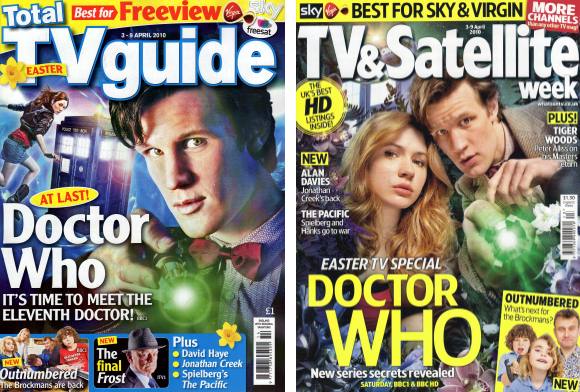 TV & Satellite Week was given a behind-the-scenes tour of the new, darker blue Tardis, I and it certainly won’t disappoint. Almost I three times bigger than the last police box,it is split-level with several staircases leading to mysterious rooms, while the central console ‘ contains gadgets galore, from a gramophone speaker to a typewriter. The Tardis rebuilds itself in the first episode because it was damaged when David Tennant regenerated,’ explains Steven Moffat.’

“I see Doctor Who as a fairy tale. And by a fairy tale, I don’t mean something sweet and nice and kind and funny. I mean something scary
and terrifying. Fairy tales are the means by which we tell our children the world is dangerous. And, yes, I know Matt Smith looks like he’s the youngest Doctor ever, but in the show it’s not an issue. It really isn’t. He’s an imperious, up-himself Time Lord. When you see him bossing Winston Churchill about in an upcoming episode, he seems like Churchill’s dad!”

Leave a Reply to The Sea Devil Cancel reply