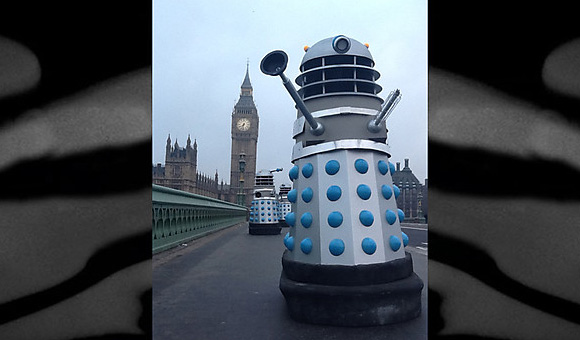 The Daleks in London, earlier this morning!

The Daleks invaded London earlier this morning and resistance was useless – insofar as it was impossible to resist the striking sight of the Doctor’s iconic enemies swarming through the capital!

But their presence was not part of a plan to enslave Earth – or at least that’s what the production team was telling us! The cast and crew of An Adventure in Space and Time were there to recreate some of the most memorable moments from Doctor Who’s early years – the scenes from The Dalek Invasion of Earth where the metal monsters imperiously glided through London, gloriously framed against the backdrop of famous sites like the Palace of Westminster.

Back in 1964 the photos of the ‘invasion’ became instant classics and over the years the imagery of those episodes has been referenced and updated on several occasions. But this is the first time that a production team has attempted to faithfully replicate the 1964 shoot using Daleks that were unique to that single adventure. The results look set to be stunning, as you can find out for yourselves when An Adventure in Space and Time – a one-off drama exploring the genesis of Doctor Who – debuts later this year.

The official BBC website will be posting a video shot on location later today.
http://www.bbc.co.uk/blogs/doctorwho/articles/Daleks-Invasion-of-Earth-2013AD

They’re having another go! twitpic.com/c4h3qt 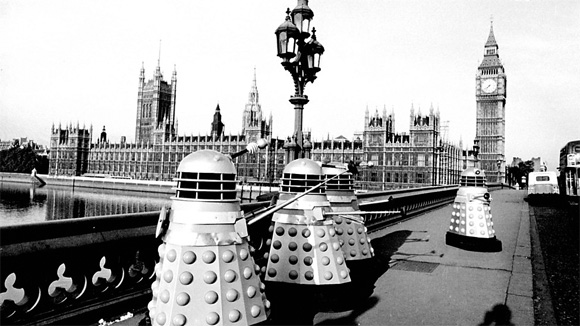