The BBC has announced that the Doctor’s most famous foes, the Daleks, will return to Doctor Who in the show’s fiftieth anniversary special. We’ll bring you more news about the adventure as it emerges, but for now, here’s the latest press release in full:

MATT SMITH, DAVID TENNANT AND JOHN HURT TO FACE OFF AGAINST DALEKS IN 50th ANNIVERSARY SPECIAL 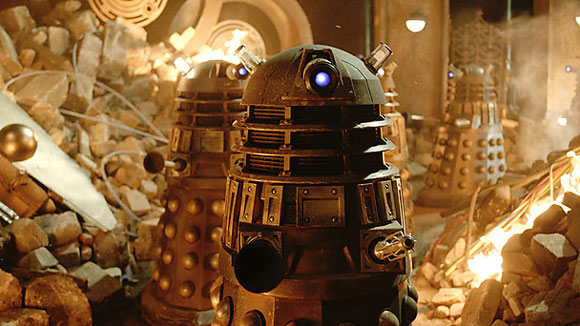 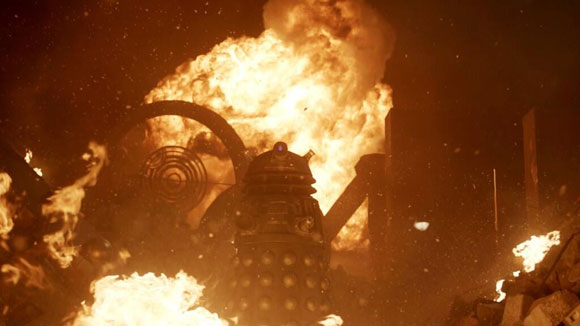 The Daleks are the second monster to be announced for the 50th and will join the shape shifting Zygons, which have only appeared in the show once before in 1975. The Daleks were one of the first monsters to terrify audiences in 1963, 50 years ago, cementing their place in British popular culture. 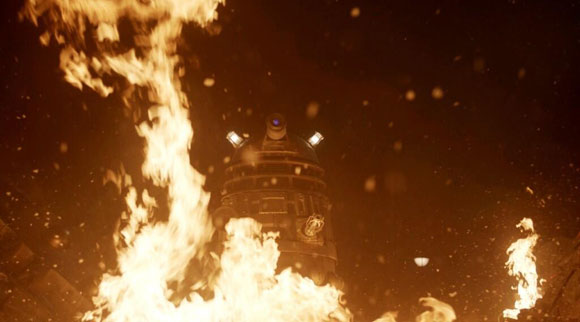 “The Doctor once said that you can judge a man by the quality of his enemies, so it’s fitting that for this very special episode, he should be facing the greatest enemies of all.”

The 50th anniversary episode was shot earlier this year at BBC Cymru Wales’ Roath Lock Studios in Cardiff and across South Wales. Filming also took place in iconic London locations the Tower of London and Trafalgar Square for a huge stunt, which saw Matt Smith dangling from a TARDIS alongside Nelson’s Column.