The Edge of Time Free Pop up Event in Shoreditch (Ended)

Doctor Who fans step into HTC’s new Vive Cosmos headset to enjoy Doctor Who: The Edge of Time, a new VR experience developed by BBC Studios and Maze Theory. The experience is free to the public and open on Saturday 28th September at Protein Studios, Shoreditch.

Step into the Doctor’s TARDIS with the new VIVE Cosmos

Take a trip through time and space in Doctor Who: The Edge of Time with HTC’s brand-new VR headset, the VIVE Cosmos

HTC is celebrating the launch of the VIVE Cosmos, its latest premium PC-based Virtual Reality (VR) system, and has teamed up with BBC Studios to offer Doctor Who fans the chance to embark on an adventure with the Doctor by stepping into the legendary TARDIS (spoiler: it’s bigger on the inside).

On Saturday 28th September, visitors to the Protein Studios experience in Hackney will be fully immersed in the sci-fi world of Doctor Who through the riveting new VR experience ‘Doctor Who: The Edge of Time’.

Attendees will be amongst the first to try ‘Doctor Who: The Edge of Time’, produced by Maze Theory for BBC Studios, and have the chance to take up the role of the Doctor’s assistant. After stepping into the TARDIS, players will interact with the Doctor themselves and will try to pilot the spacecraft – which is temperamental at the best of times – before embarking on an epic adventure to solve the mystery behind the ‘Reality Virus’. 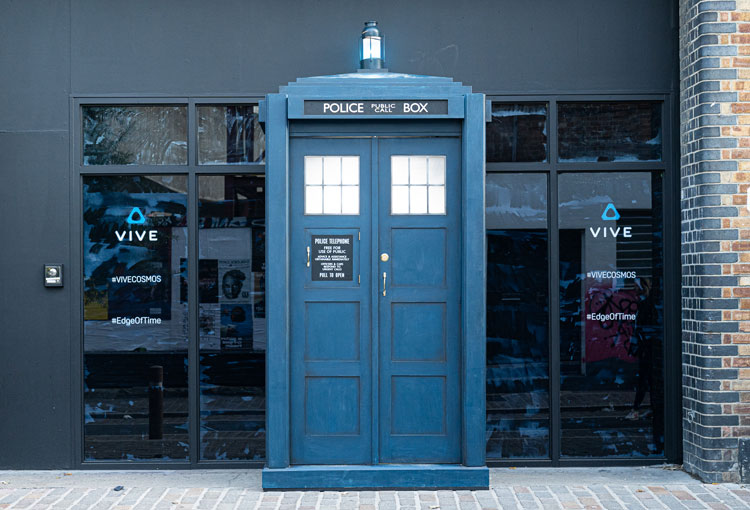 During the event, visitors will use HTC’s newly released VR headset, the VIVE Cosmos, which is built to be the highest performance and most versatile headset on the market.

Fans can turn up on the day to secure a walk-in slot (subject to availability). Please note, players must be aged 12+. 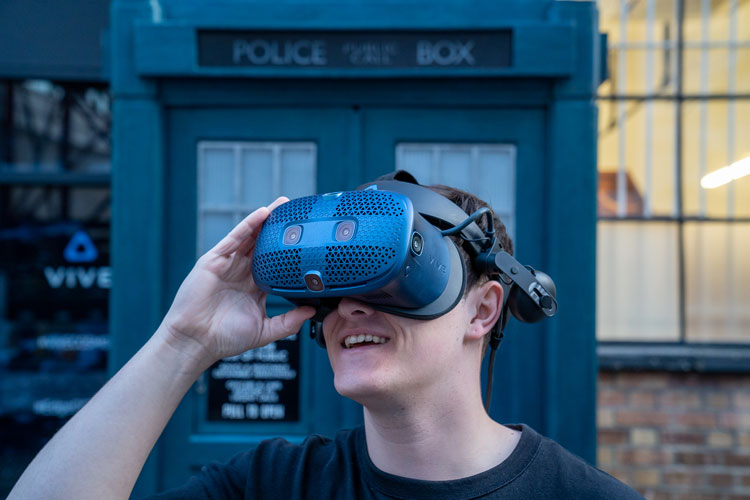 HTC Corporation aims to bring brilliance to life. As a global innovator in smart mobile devices and technology, HTC has produced award-winning products and industry firsts since its inception in 1997, including the critically acclaimed HTC U and Desire lines of smartphones. The pursuit of brilliance is at the heart of everything we do, inspiring best-in-class design and game-changing mobile and virtual reality experiences for consumers around the world. HTC is listed on the Taiwan Stock Exchange (TWSE: 2498). www.htc.com

HTC Vive is the creator of the unprecedented PC-based virtual reality system, the Vive, which was built and optimized for room-scale VR and true-to-life interactions. The Vive ecosystem has evolved around its premium VR product portfolio, supported by Vive X, the most active global VR/AR accelerator that has invested in over 80 start-ups, Viveport, a global content platform with the world’s first VR subscription model that operates in more than 60 countries, and Vive Studios, Vive’s VR content development and publishing initiative. Vive is delivering on the promise of VR with game-changing technology and best-in-class content, bringing VR to consumers, developers and enterprises alike.

About Doctor Who: The Edge of Time:

‘Doctor Who: The Edge of Time’ will transport fans into a globally-beloved world of aliens, mystery and wonder, letting them embark on a brand-new and fully-interactive VR adventure, inspired by the show’s 55-year history and starring the Doctor’s current incarnation, played by Jodie Whittaker.