Doctor Who fans angered by trailer for Over the Rainbow

From The BBC…
Thousands of Doctor Who fans have contacted the BBC to complain that the ending of Saturday night’s episode was ruined by a trailer for the next show.

The on-screen caption featured an animated cartoon of presenter Graham Norton, host of Over the Rainbow.

It appeared as The Doctor, played by Matt Smith, was making an emotional speech during the story’s cliffhanger ending for The Time of Angels.

The trailer was seen by millions of viewers watching on BBC One in England.

A BBC spokesman said: “We apologise for the timing of Saturday night’s trail.”

The full news report can be seen Here 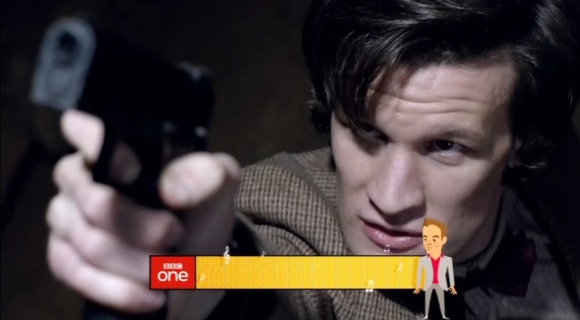