From The Official BBC Site…

The series may be over but we’ve got a special adventure featuring Karen Gillan as Amy Pond.

It’s called The History Hunt and is an interactive game where you must help Amy and the Doctor. It’s not one of our new Adventure Games but it does involve you following clues and entering the world of the Doctor! It’s full of exploration, fun and exclusive videos and its available now.

It’s just one of the many things we’ll be bringing you in the weeks ahead. The Eleventh Doctor’s debut series may have finished, but here on the site it’s Doctor Who all year round! 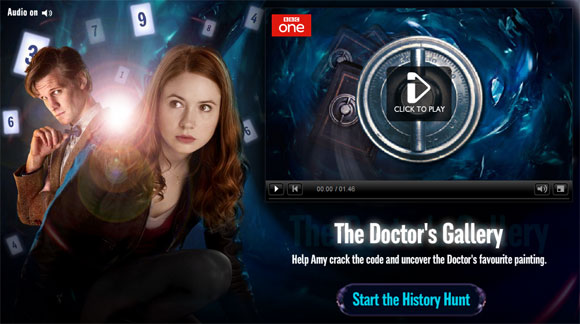