City of the Daleks New Trailer and Walkthrough


City of the Daleks Screenshots and Walkthrough

To coincide with the full launch of City of the Daleks we have added a new games page with screenshots of each level and tips and information which will help you complete the game should you get stuck.

We will update the page as further games become available.

The BBC has also issued a press release on the game…

The Doctor and Amy are about to face off against the Daleks in their most terrifying encounter yet – but this time the only person who can save them is you. ‘City of the Daleks’, the first episode of the Doctor Who: The Adventure Games, is available to download for PC now from the BBC Doctor Who website for free. The Mac version will follow on June 15th 2010.

‘City of the Daleks’ sees the TARDIS materialize in 1963 as the Doctor takes to Amy to London to meet The Beatles. However, the London they encounter is very different to the one they expected: a ravaged Trafalgar Square reveals a new Dalek threat, and one which has wiped out virtually every human in existence. Amy’s existence in this alternate world jeopardises everything, forcing the Doctor not just to defeat the Daleks’ latest plan, but save his new companion from slipping out of time itself…

The full article can be seen on the official site Here 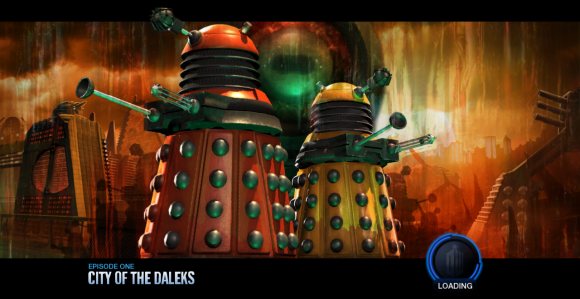 Leave a Reply to who crazy! Cancel reply