The wait is over! Today BBC Three confirm the new YA drama, Class, written by Patrick Ness, will drop its first two episodes on BBC Three on Saturday 22 October.

Class drops on BBC Three, Saturday 22 October with the first and second episode For Tonight We Might Die and The Coach with the Dragon Tattoo

Peter Capaldi appears as the Doctor in the opening episode

Peter Capaldi will join the cast of exciting new talent in the opening episode of the series, For Tonight We Might Die. Coal Hill School holds some very dark and deadly secrets in its shadows… but who will survive?

Commenting on his involvement with the new Doctor Who spin-off series, Peter Capaldi, says: “The Doctor Who family is growing, and it’s fantastic to be able to welcome the young new cast of Class in to the Whoniverse.” 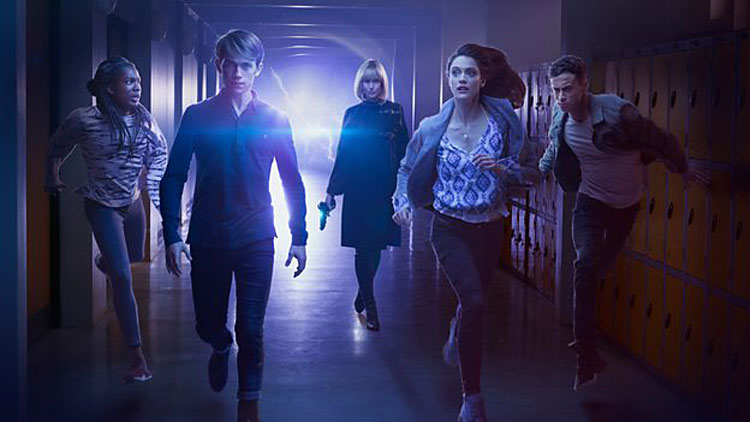 It’s a new term at Coal Hill Academy, and students are preparing for their Autumn Prom. But when the school comes under attack, four alienated students must form an unlikely alliance to defeat them. And this incursion is only the beginning.

Charlie (Greg Austin), April (Sophie Hopkins), Ram (Fady Elsayed) and Tanya (Vivian Oparah), assisted by their physics teacher Miss Quill (Katherine Kelly), are charged with a great responsibility by the mysterious alien known as the Doctor (Peter Capaldi) to guard against the creatures of nightmare that want nothing more than to find a way through to Earth and take it for their own.

YA writer and Class creator Patrick Ness, says: “At last, we can tell you a little more about Class! Though there are still many, many secrets to come. Many. Like, a lot. But of COURSE, the Doctor is in episode one! That’s how these things are done. Truly, though, I can’t wait for everyone to see the show; we’ve worked so hard and I’m so proud of it. Soon, soon…”

Damian Kavanagh, Controller, BBC Three, says: “We know lots of BBC Three fans are Doctor Who fans so Class on BBC Three is a perfect fit. It’s nice to be back as part of the Doctor Who family.”