Comments and wording may contain spoilers

Part Wording and images courtesy of carswellium, You can see a full set of their images at www.flickr.com

Doctor Who Christmas Special Filming continues in Bristol with scenes including Jenna jumping up and shouting “Doctor!”

The Doctor jumping railings and walking through the park towards the scaffolding structure. He looks around to make sure no-one’s watching, and jumps up to grab a ladder, and pulls it down. He then climbed up it onto the scaffolding platform. The scaffolding could be some sort of spaceship? or something invisible?

A third scene includes Jenna watching what the doctor did in scene 2 from behind a tree. Once the doctor has climbed up the ladder, she emerges to where he was, looks around a lot, and jumps up a few times, trying to grab the ladder (falling in the snow too). She finally grabs the ladder, pulls it down and climbs on up. 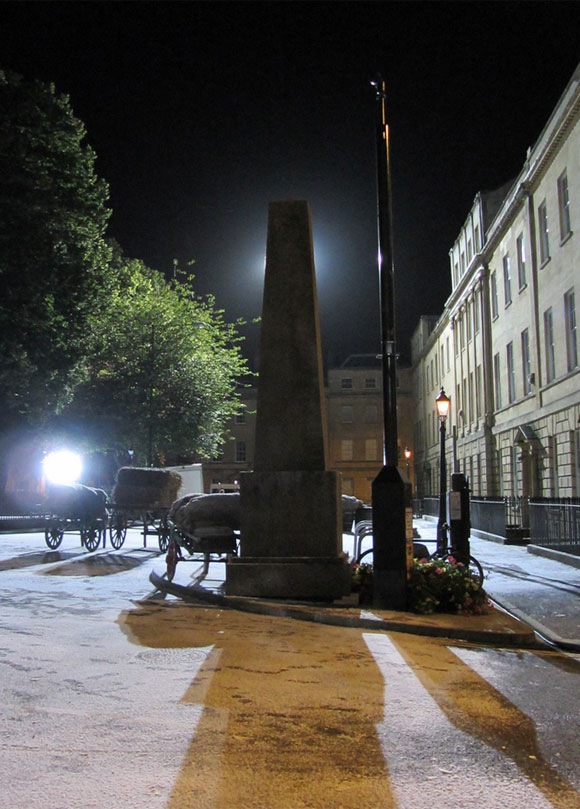 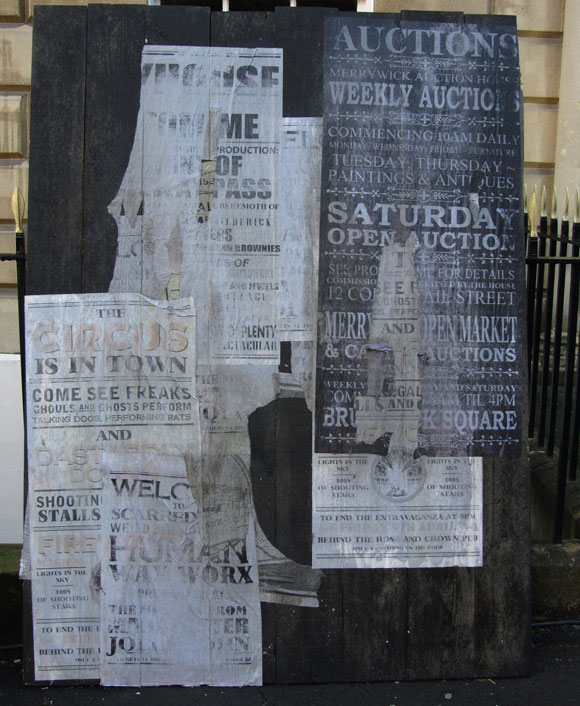 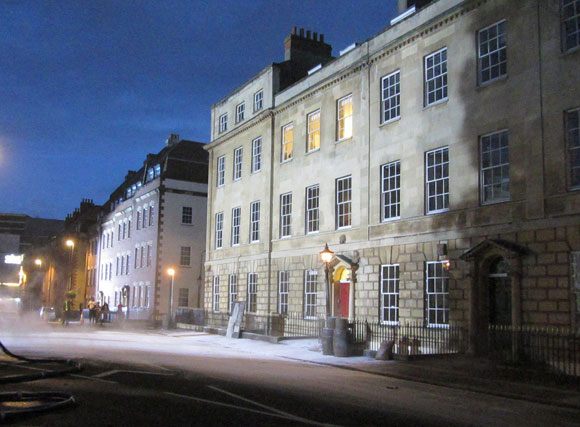 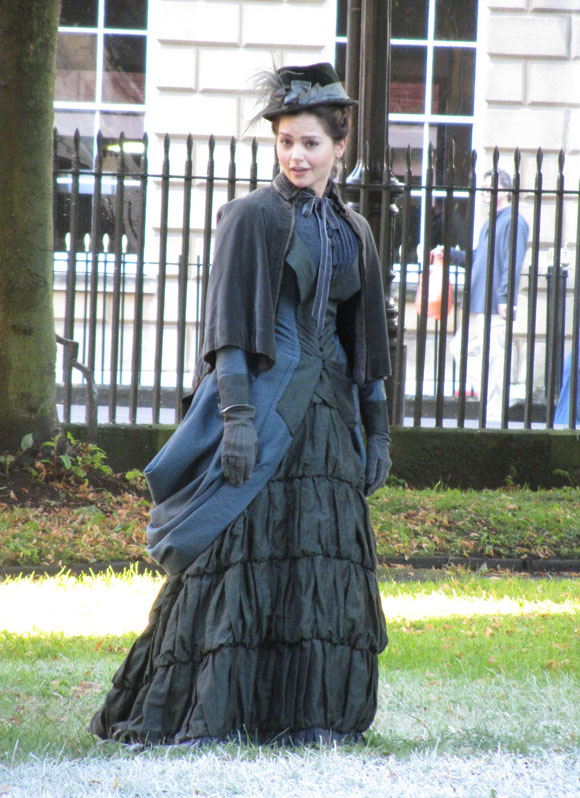 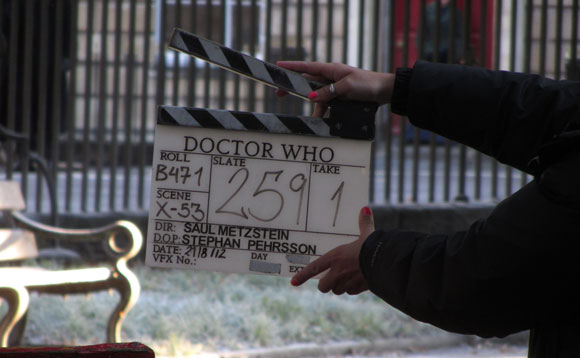 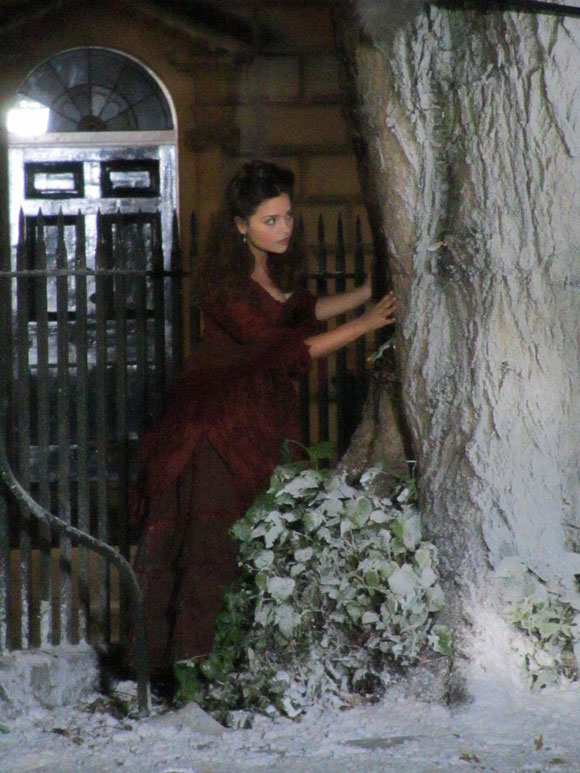 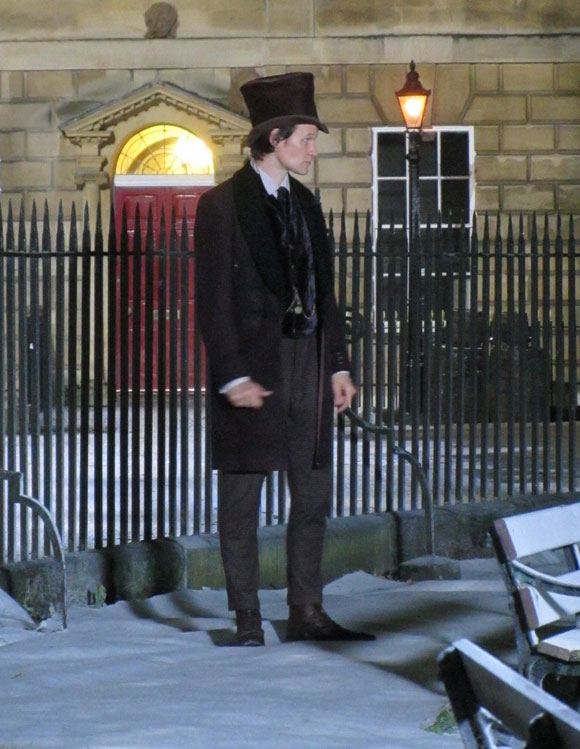 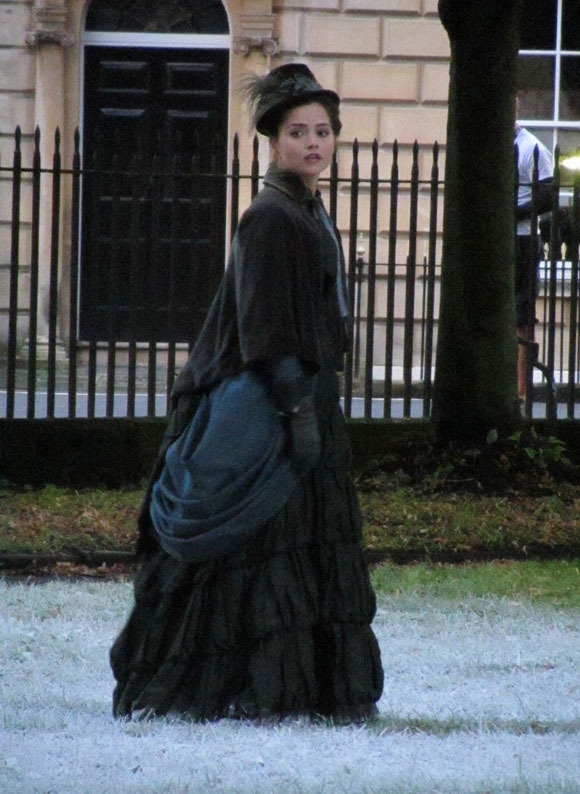 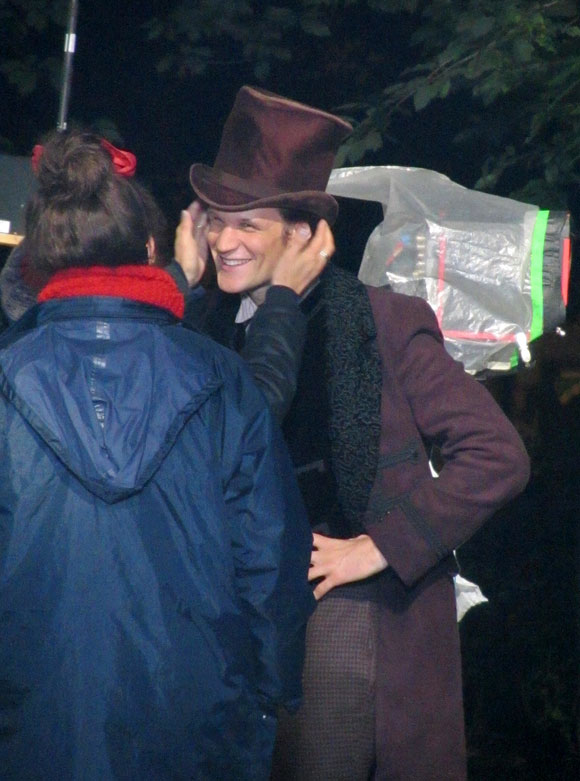 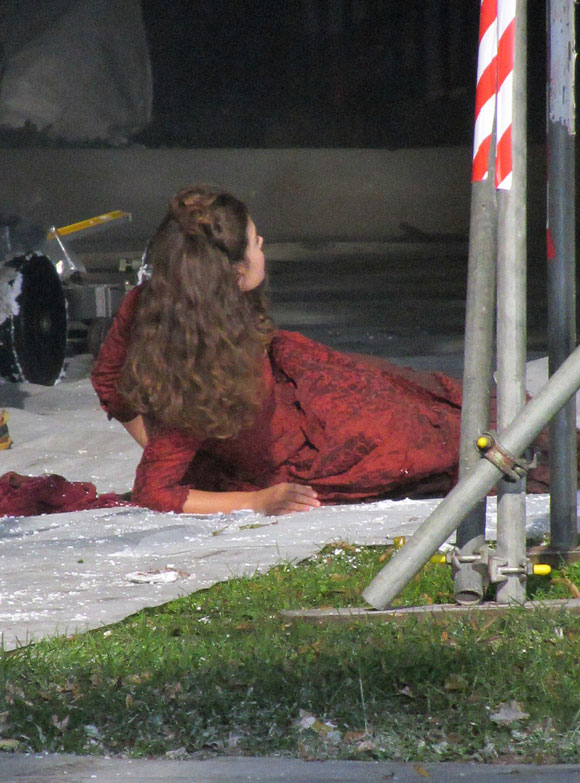