Doctor Who takes The Tardis Tour

Doctor Who takes The Tardis to Belfast and inverness

Images of other details of scheduled visits will be added as they become available.

You can also follow the tour on the official site Here

The Salford visit is covered by the Manchester evening news Here

The Sunderland visit has being covered but the Sunderland Echo Here with pictures of Matt Smith and Karen Gillan with weeping Angel.

There are further reports in the Press and Journal and News.Scotsman.com

www.dailyrecord.co.uk mentions the visit and talks about how Karen Gillan meets her cousin for the first time.. on set of the show.

www.telegraph.co.uk has an article about Matt Smith being stopped at Heathrow airport for taking a sonic screwdriver through security on his way to belfast.

Pictures of the tour bus in Belfast with thanks to Lisa… 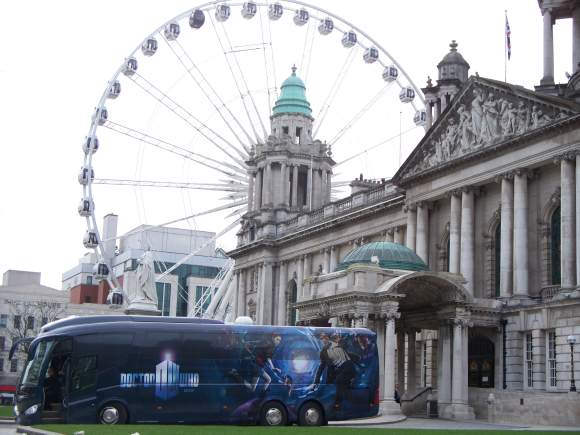 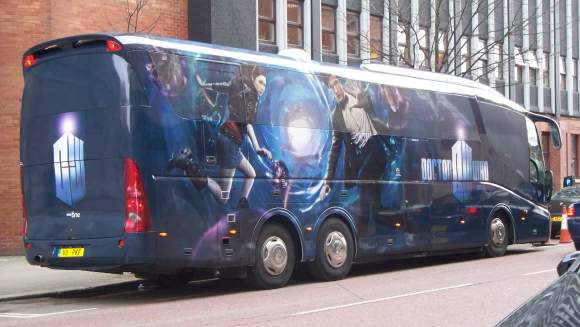 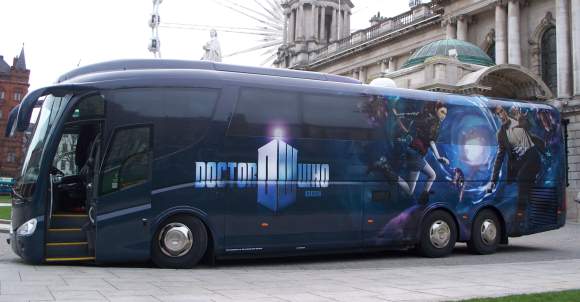 BBC Newsline meets Doctor Who and his assistant…

You can see the original article Here

Northern Ireland fans of Doctor Who got the chance to quiz the new doctor, Matt Smith, and his assistant, Karen Gillan, when they dropped in to the BBC in Belfast on Monday.

The Timelord returns to television screens this weekend and viewers will be keen to assess the talents of the eleventh doctor.

Matt told Good Morning Ulster listeners how the part had got under his skin since learning his audition had been successful.

“I couldn’t tell anyone for three months, but I listened to Frank Sinatra for a couple of days.

“I felt on top of the world, I didn’t really know how to compute it.”

The 27-year-old actor said he did not plan to draw on the influences of the ten previous doctors but hoped to do something “completely different” with the role.

“I don’t think it is ever conscious that you borrow bits of other people’s performance, whether or not there are shades and flavours of other doctors in there I don’t know,” he added.

“I particularly liked Patrick Troughton (former Doctor Who) – I think he is rather wonderful – but it is completely spontaneous and new to me.”

Karen Gillan said she was “too young” to appreciate the older Dr Who material, but admitted her mum was a “huge fan”.

She said any woman prepared to be the Doctor’s assistant was not a “wallflower”.

Matt, who wants to add a hat to a costume which includes a vintage Harris Tweed jacket, said viewers could expect an exciting mixture of new and old monsters in the latest series.

“The weeping angels will be making a reappearance and the daleks,” he said.

“But wait until you see what the daleks have done – it is quite impressive.”