The Doctor returns to BBC One with four new epic adventures

Doctor Who Episode 6: The Bells Of St John Episode 7: The Rings Of Akhaten

Clara wants to see something awesome, so the Doctor whisks her off to the inhabited rings of the planet Akhaten, where the Festival of Offerings is in full swing. Clara meets the young Queen of Years as the pilgrims and natives ready for the ceremony. But something is stirring in the pyramid, and a sacrifice will be demanded. 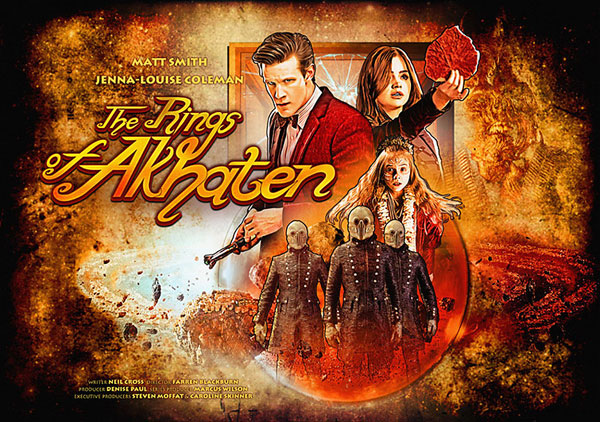 The Doctor and Clara land on a damaged Russian Submarine in 1983 as it spirals out of control into the ocean depths. An alien creature is loose on board, having escaped from a block of Arctic ice. With tempers flaring and a cargo of nuclear weapons on board, it’s not just the crew but the whole of humanity at stake! 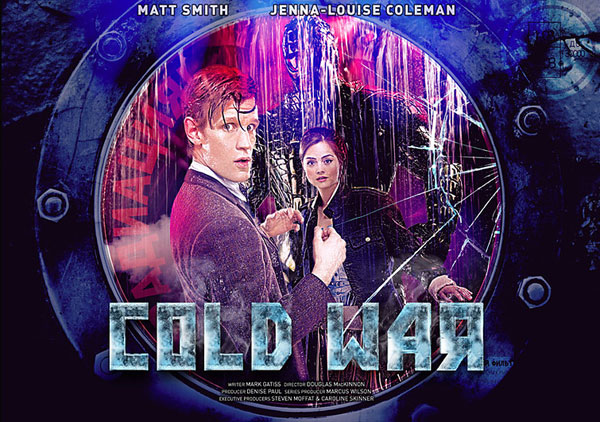 Clara and the Doctor arrive at Caliburn House, a haunted mansion sat alone on a desolate moor. Within its walls, a ghost hunting Professor and a gifted psychic are searching for the Witch of the Well. Her apparition appears throughout the history of the building, but is she really a ghost? And what is chasing her? 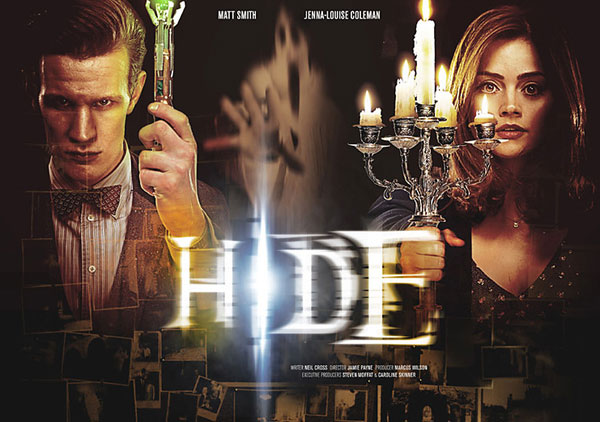 Lead writer and executive producer Steven Moffat gives us an insight into the monsters and adventures that we can expect from the new series.

So it’s back and with a James Bond-esque urban thriller. Why did you decide to kick-off the new series with a very modern day threat?

It was Marcus Wilson’s idea. We were discussing how the first episode of the second run would probably be a contemporary Earth adventure, so the Doctor could meet the modern day Clara – and anyway, I wanted to do Wi-Fi monsters – and Marcus suggested we do a proper urban thriller. The Doctor can never be Bond or Bourne – but if he tried it might look a bit like this.

What else can we expect from the new series?

A haunted house, a submarine, a planet with cool rings, Victorian Yorkshire, a journey to the centre of the TARDIS, Dame Diana Rigg and her daughter Rachael Stirling together on screen for the first time, new Cybermen, and the Doctor’s greatest secret revealed.

You are bringing back a couple of classic monsters with the Cybermen and Ice Warriors, are there any new ones to look out for?

Plenty of new monsters! Watch out for the Spoonheads, the Whispermen, and – my favourite – the Vigil. Oh and Neil Gaiman has done something horrible with the Cybermen!

We finally get to meet the Clara that will travel with the Doctor across the series’ eight epic adventures. Can you tell us a little bit about her character?

You’ve sort of met her, but you sort of haven’t. The same shed load of attitude you saw before, the same rapid-fire banter with the Doctor, but this time she’s living in modern London with no memory of the Time Lord!

How has the dynamic of the relationship between the Doctor and his companion changed since the introduction of Clara?

It’s all new for the Doctor – this time the greatest mystery in the universe is standing right next to him.

What was it about Jenna that made you decide she would be right fit for the role of the new companion?

Casting is a funny process – the right people sort of choose themselves. It happened with Matt a long time ago, and when we saw him bantering with Jenna it happened again. Auditions start with you telling the actor about the character – sometimes they end with the actor telling you. That’s what happened with Jenna!

A ghost story, a period drama to end all period dramas and an underwater siege, was it intentional to go as big as possible with this series in the year of the 50th?

We try to make every year the biggest possible, but when you see that big, glittering 50 hanging above you, you start trying even harder. I’ve been a fan all by my life and I know we have to deliver!