The first images of 11th Doctor Matt Smith presumably filming the new segment for this years children in need have been released.

It had been previously been thought only part of the Christmas special would be shown but it now appears some sort of “very different” mini episode has been filmed in London. This is due to be shown between 8.00pm and 8.30pm.

Fans of the Doctor should tune into Children in Need on Friday night on BBC ONE.

There’ll be a sneak peak of the Christmas Special plus a brief treat for anyone who can’t wait until December to catch up with our favourite Time Lord! Written by Steven Moffat and starring Matt Smith as the Doctor, the Children in Need exclusive represents a first in the history of Doctor Who… But we’ll tell you more about that nearer the end of the week! 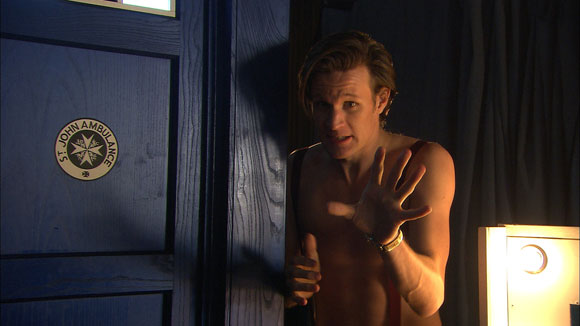 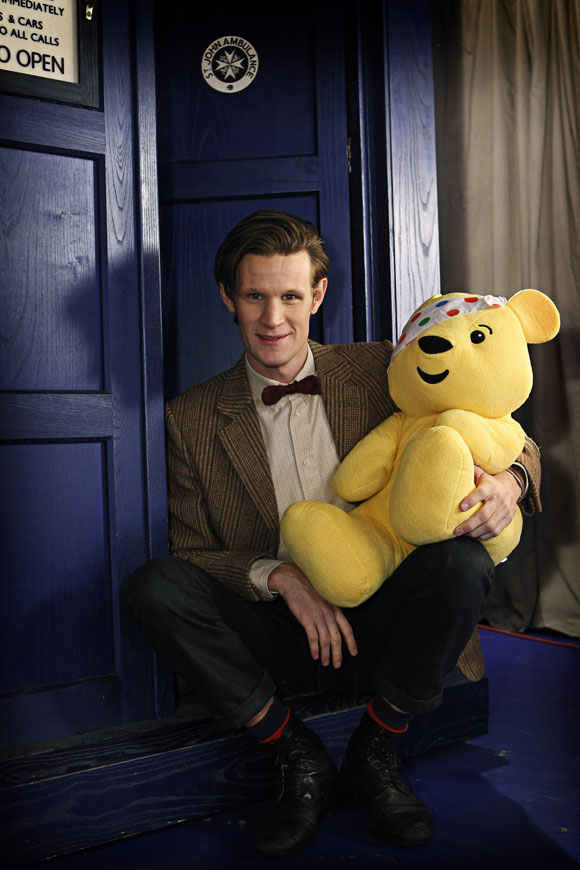 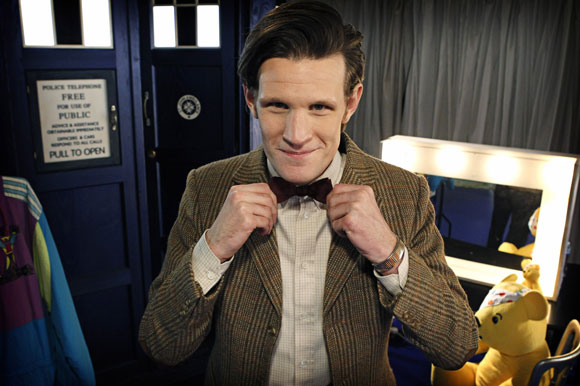 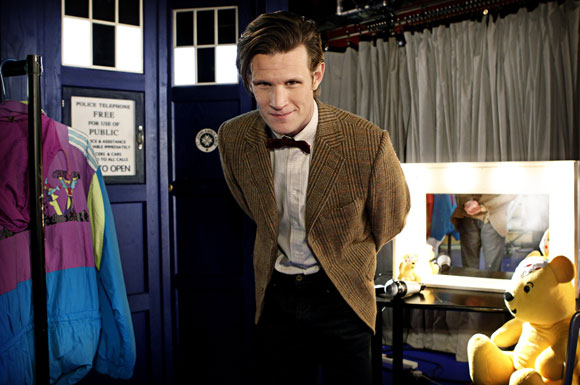 Images courtesy of BBC Pictures.The Doctor on Children in Need

Leave a Reply to DRWHO is GREAT Cancel reply