With thanks to the Radio Times…

In this week’s Radio Times, on sale Tuesday 13 May 2014 (for listings 17-23 May 2014) Steven Moffat recalls writing the Day of the Doctor, revealing it was the most “difficult” and “terrifying” thing he has ever written and reveals why he chose Peter Capaldi to be the new Doctor

Steven Moffat writes: “When you choose a Doctor, you want somebody who is utterly compelling, attractive in a very odd way. None of the Doctors are conventionally attractive, but they’re all arresting. Handsome men don’t quite suit. Matt Smith’s a young, good-looking bloke from one angle but is actually the strangest looking man from another. You need that oddity; you need somebody who is carved out of solid star, really. Doctor Who is a whopping great star vehicle, despite the fact it changes star every so often.” 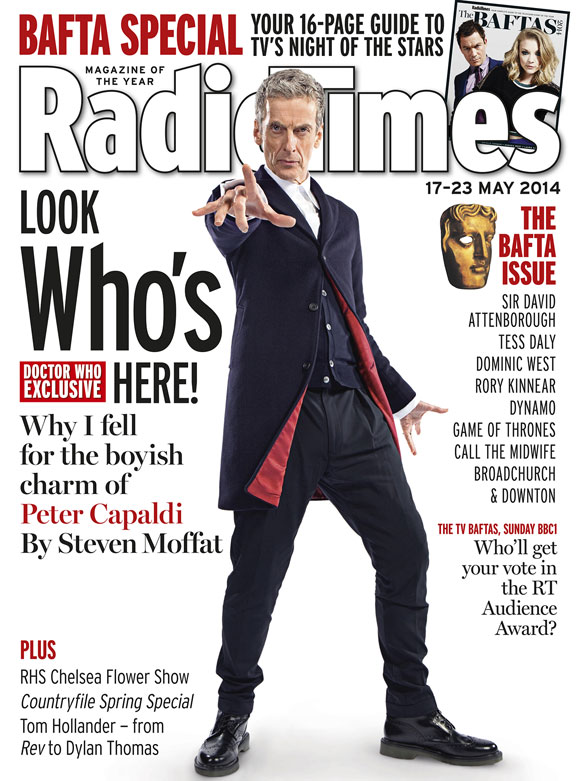 The Day of the Doctor is one of the nominees for this year’s Radio Times Audience Award at the British Academy Television Awards 2014 – the only BAFTA award open to public vote. Voting is open until 12pm Thursday 15 May, the winner will be announced on Sunday 18 May.

Read the full Doctor Who feature in the new issue of Radio Times, on sale Tuesday 13 May 2014

Leave a Reply to The Flying Shark Cancel reply