David Tennant hosted this years Radio Times Covers party at Claridges. The former Doctor japed around with new Who star Karen Gillan. The party was held to celebrate the Radio Times covers of 2010 and Karen Gillan collected her Doctor Who cover. Other guests at the party were Terry Wogan, Aidan Grimshaw, Jean Marsh, Keeley Hawes, Hugh Bonneville and David Morrissey.

You can see the Radio Times Covers party galleries Here and Here. 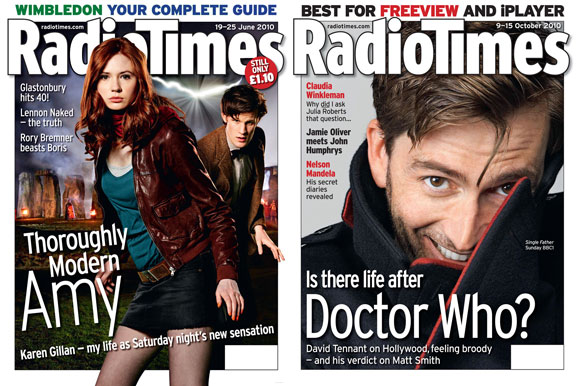 Leave a Reply to Crack in time Cancel reply