British astronomer and broadcaster Sir Patrick Moore has died, aged 89, his friends and colleagues have said.

He “passed away peacefully at 12:25 this afternoon” at his home in Selsey, West Sussex, they said in a statement.

Sir Patrick presented the BBC programme The Sky At Night for over 50 years, making him the longest-running host of the same television show ever.

He wrote dozens of books on astronomy and his research was used by the US and the Russians in their space programmes.

He had a brief appearance in Matt Smith’s first episode, The Eleventh Hour, playing himself and was mentioned in a 9th Doctor story. 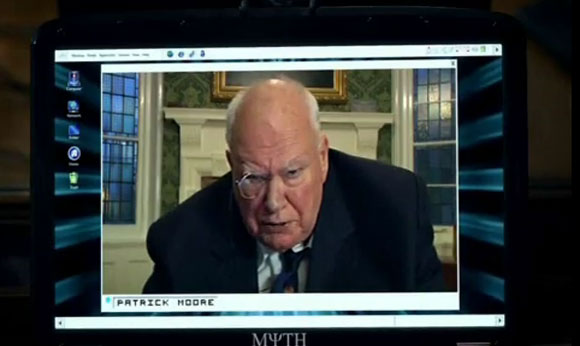