So we’ve now seen the episode Asylum Dalek of The Daleks -but what about all of those the classic Daleks? where did they come from – Here is the story behind one of them.

The BBC production team needed classic Daleks so all those available were drafted in, but with the vast majority of original Daleks had been sold off over the years it was down to the rescued remains and fan made examples to take third place.

This particular Dalek prop is PART original & PART replica, and remains in it’s ‘Resurrection Of The Daleks’ colour scheme – the story from which it comes.

Resurrection of the Daleks is a 5th Doctor story, which was first broadcast in February 1984. This story features Davros and marks the final regular appearance of Tegan Jovanka. 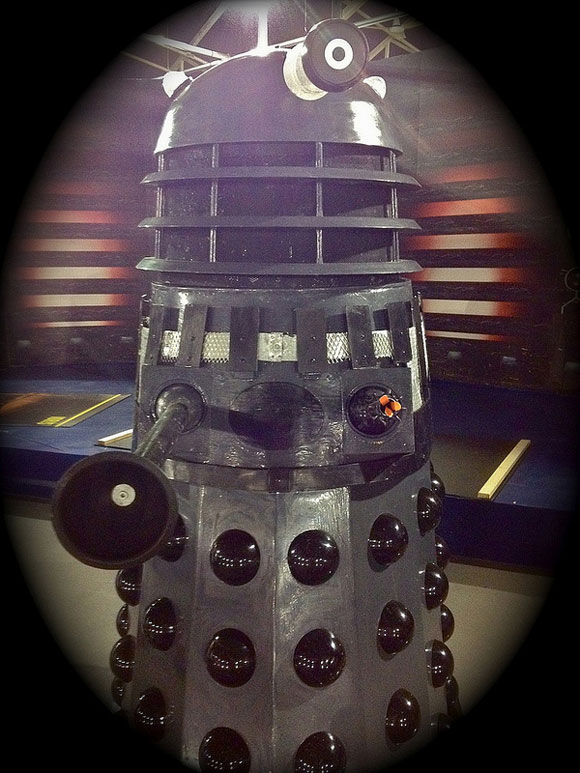 Many parts of the upper body date back to the 1970’s and are thought to have first appeared in the Jon Pertwee Story ‘Planet Of The Daleks’ – and has now been featured in the new series in ‘The Asylum Of The Daleks’ – making it the only Dalek ever to have appeared in both the classic series and the NEW! (at least in part)

“It was absolutely smothered in Asylum cobwebs and dust and needed industrial strength cleaning to return it to a normal condition, at one point my heart sank as I thought they’d totally wrecked the paint on the dome and upper body- some of which date back to the 1980s” Fresh from filming it has now been returned to The Doctor Who Experience Cardiff where it can been seen on display.

The Red sticker was put on it’s dome by the BBC as part of the story in ‘Asylum Of The Daleks’ this marking (symbol) means it’s been deemed insane and condemned to the Asylum for eternity.

Visitors to The Doctor Who Experience may notice that it still has this Asylum RED marking on the dome, but it’s been disguised with grey paint to blend in – as this Dalek represents the 1970’s/80’s appearance in the Evolution of the Daleks. 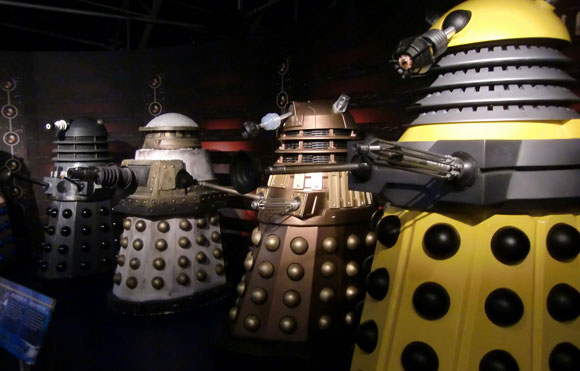 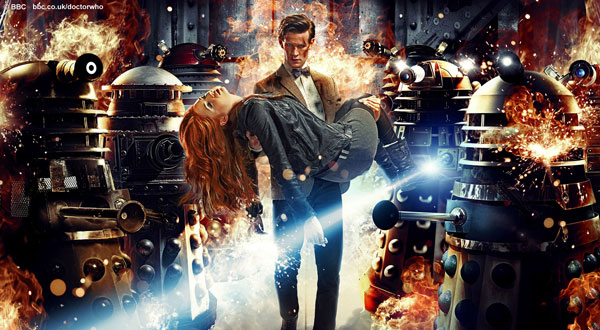