Further Treats at the Official Doctor Who Festival

BBC Worldwide is thrilled to confirm additional activities for the official Doctor Who Festival, including a special guest appearance by Mark Gatiss on Friday 13th November.

Doctor Who Festival is the only official event this year to include appearances from Peter Capaldi, Michelle Gomez and Ingrid Oliver as well as Executive Producer Steven Moffat. An event for fans of all ages, the Festival offers a fantastic opportunity to get the inside track from the cast and crew of Doctor Who in this extravaganza of immersive and interactive opportunities.

Along with Theatre Panels with the show’s stars, further panels have now been scheduled to take place across the weekend with all seven Series 9 writers, as well as shows and demonstrations by special effects companies Real SFX and Millennium FX, and exclusive looks at three sets from Series 9. 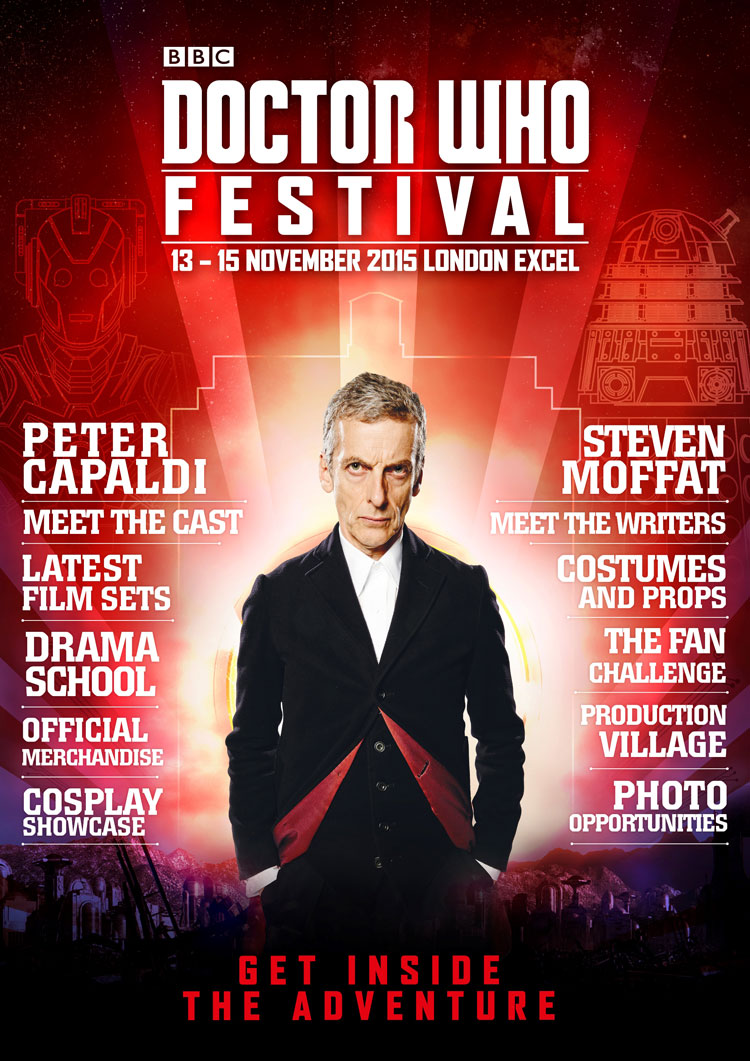 Ticket holders also get the chance to take part in Drama School sessions run by one of the show’s Directors, in addition to trying their hand out at some of the many jobs on set in the Production Village.

For further details on the activities at Doctor Who Festival, visit www.doctorwhofestival.com

BE QUICK! TICKETS FOR SATURDAY HAVE ALMOST SOLD OUT

The ticket price includes day entry to the Festival, access to three theatre shows, lanyard, show planner and access to all the activity in the Festival Hall. TARDIS tickets also include the brochure, lounge access, front block theatre show seats and a Limited Edition Doctor Who Festival 2015 T-shirt. Tickets, further information and monthly newsletters are available from www.doctorwhofestival.com

Doctor Who Festival will also be coming to Australia a week after on 21st-22nd November 2015. Peter Capaldi and Steven Moffat will also be attending the Australian event.