Filming has begun on episode 10 of the new series of Doctor Who and Joivan Wade, who played Rigsy in last year’s Flatline, is back! The episode is directed by Justin Molotnikov and written by Sarah Dollard whose previous credits include Being Human and the BBC’s acclaimed spy drama, The Game.

Sarah commented, ‘Getting to play in the Doctor Who toy box is a dream come true. It’s a total honour to contribute to a show that has brought me such joy as a fan. However, writing for Peter Capaldi and Jenna Coleman has presented a serious problem: some days I’ve been too excited to actually sit down and type!’ 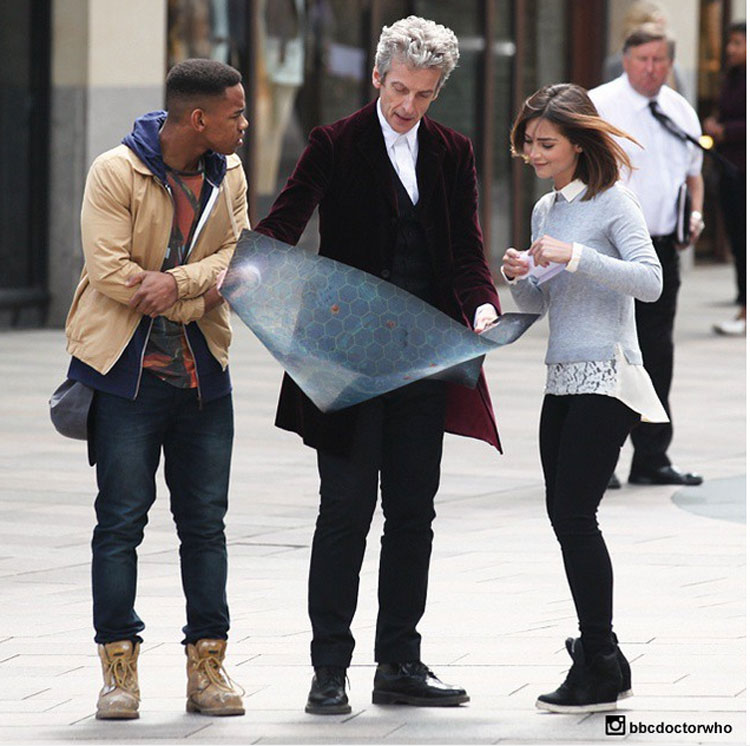 Watch an interview with Sarah Dollard about writing series 9, episode 10.

The episode sees the return of Joivan Wade as Rigsy, the young graffiti artist who helped save the world in Flatline. He’ll be reunited with the Doctor (Peter Capaldi) and Clara (Jenna Coleman) in this new adventure although how and why he finds himself mixed up with the time traveling heroes is currently under wraps!

The BBC Cymru Wales produced drama will return to BBC One this Autumn with further casting to be announced.

Leave a Reply to the astronaut of death Cancel reply