In an explosive return to the UK from their world tour, the Doctor, Peter Capaldi, and his companion Clara Oswald, played by Jenna Coleman, made a surprise appearance this morning at the site of a specially constructed crash-landed TARDIS on London’s Parliament Square. 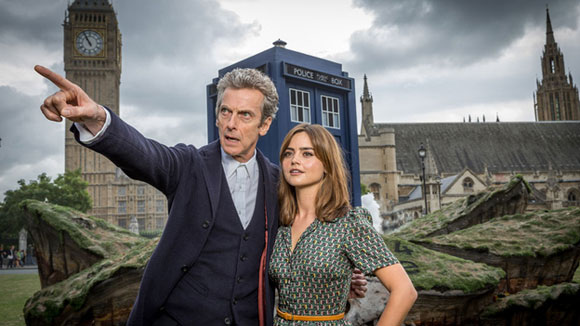 Ahead of the eighth series, returning to BBC One this weekend, the theme of the crashed time machine was in keeping with the feature-length opening episode, entitled Deep Breath, which sees the Doctor arrive in Victorian London to find a dinosaur rampant in the Thames and a spate of deadly spontaneous combustions. 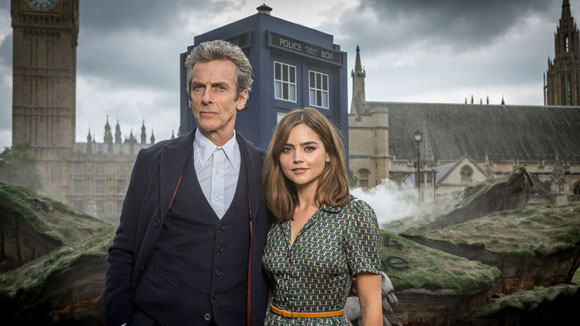 In front of the TARDIS and through the debris of dinosaur bones, the show’s transmission date can be seen emblazoned in the grass: Saturday 23 August. Deep Breath airs at 7.50 PM. 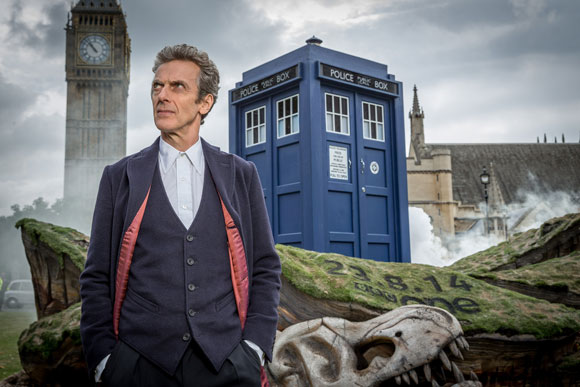