BBC Studios and Escape Hunt have today announced a brand-new Doctor Who escape room, Doctor Who: A Dalek Awakens. The newest game can be booked from today at Escape Hunt Reading and Birmingham Resorts World with several other venues, including Norwich and Basingstoke, opening throughout 2020.

Players will step on board a doomed spaceship, invaded by the fearsome Dalek. This age-old enemy has tapped into the ship’s power system and is preparing for a path of ruthless extermination, the only way for teams to stop the Dalek, is to shut down the ship’s power.

But by shutting down the power, players will also shut down the ship’s life support system, risking the lives of all 10,000 passengers and crew on board.

Teams of up to six are given 60 minutes to solve the puzzles, resolve this impossible situation and prevent catastrophe before the time runs out and extermination is guaranteed for all.

Richard Harpham, CEO Escape Hunt PLC, says “We are delighted to be creating a second game, Doctor Who: A Dalek Awakens, with BBC Studios following the success of our first game with them, Doctor Who: World’s Collide”

“Doctor Who has a loyal and dedicated fanbase which we have seen from the success of our first game, so to be able to bring some variety to the public with a brand new and innovative game centred around the iconic Dalek characters is an exciting prospect for Escape Hunt.

“We look forward to bringing the new game to life at Escape Hunt venues across the UK.”

Doctor Who: A Dalek Awakens is playable at Escape Hunt Reading from the 9th March and at Birmingham Resorts World from 11th March, while fans in Norwich and Basingstoke can sign up to hear when the immersive adventure is available to book in their cities.

Tickets for Doctor Who: A Dalek Awakens are from £25 and are on sale now via www.escapehunt.com 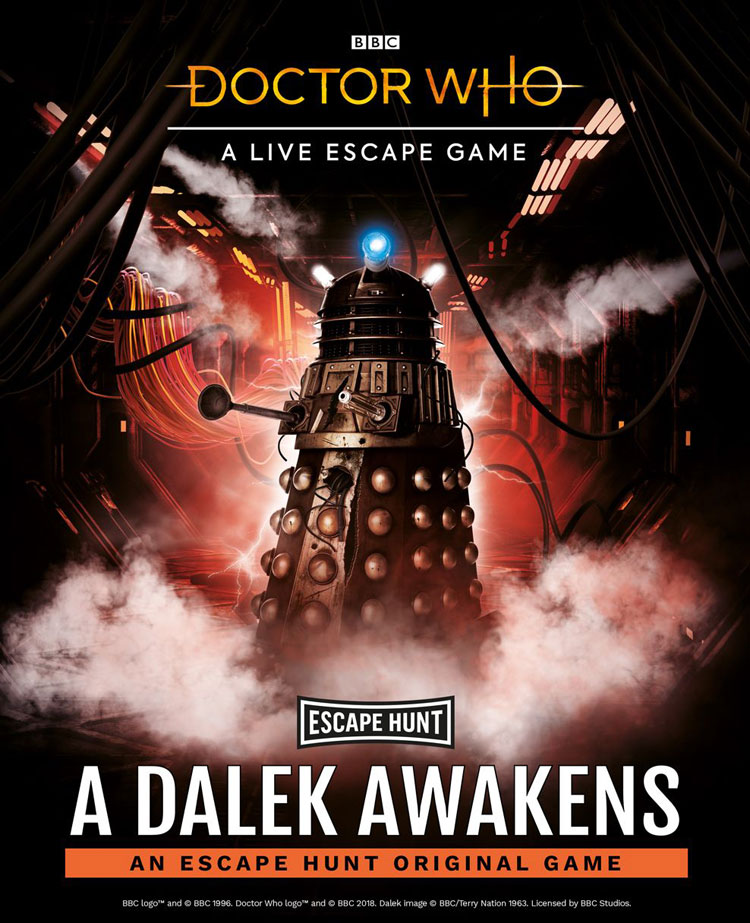