Doctor Who fans are to be plunged into one of the Time Lord’s adventures in an “immersive” theatre show created by the acclaimed company Punchdrunk.

Punchdrunk are famous for transforming entire buildings into mysterious locations which audiences explore as the action unfolds around them.

They had kept details of their latest show The Crash of the Elysium, which opens in Salford on 30 June, secret.

But it has now been revealed that will be based around the BBC time traveller. 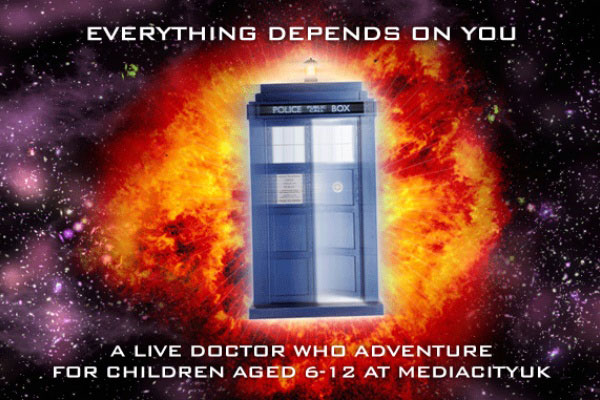 The show has been created with Doctor Who executive producer Steven Moffat.

It is aimed at children aged six to 12, who will “become the stars of an exhilarating live Doctor Who adventure”, according to its website.

Punchdrunk have previously created theatrical experiences based around works by Shakespeare, Chekhov and Goethe, and are currently in New York staging a version of Macbeth, which has been extended after earning rave reviews.