The official Katy Manning website is now online with a few interesting snippets about her upcoming appearance in The Sarah Jane Adventures.

Much more is to be be added over the coming weeks and months and is sure to become a real resource for news about Katy, her work and her career.

At present features include a Q&A page with a couple of interesting facts and a personal message from katy. You can also ask her questions via the site.

We were lucky enough to meet her at the launch party earlier in the year and she still has such enthusiasm for the show.

From BBC Worldwide, Katy Mannings first appearance in Doctor Who…

For those interested in katy Galaxy4 still have copies of Where On Earth is Katy Manning, a fascinating DVD that looks at a whirlwind tour of British conventions to meet the fans and includes a tour of the Dapol factory

Also appearing are Nicholas Courtney, Sophie Aldred and Sylvester McCoy. In “Katy’s World Down Under” she gives us a tour of Sydney and interviews guests at an Australian convention. A Mythmakers DVD is also available. 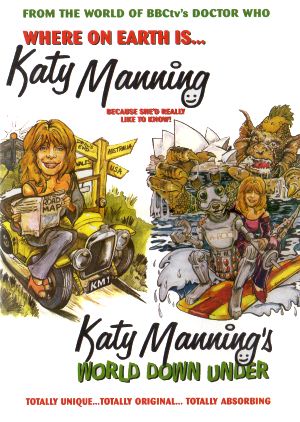