Fans will get chance to see the lost footage, featuring horror icon Peter Cushing as the Doctor, this weekend at first screening in over 45 years

UK, June 6th 2012: Rare behind-the-scenes footage from Doctor Who has been discovered.

The brief clip shows movie Doctor Peter Cushing preparing to battle arch foe the Daleks during the making of an early big-screen adaptation of the long-running sci-fi series.

The precious black and white footage, taken on the set of cult sixties film Dalek Invasion of Earth: 2150 A.D., also captures director Gordon Flemyng — father of film star Jason — behind camera as he talks with stunt-men and plans out the movie’s climatic final scenes.

The material is the first to be uncovered documenting the 1966 film and forms part of a ‘lost’ TV show found recently in the possession of a collector living in Wales.

Though the BBC wiped the master-tape of A Whole Scene Going, a copy of the magazine show — also featuring an interview with Flemyng and musical performances by the Spencer Davis Group — was made and found its way on to the collector’s circuit. 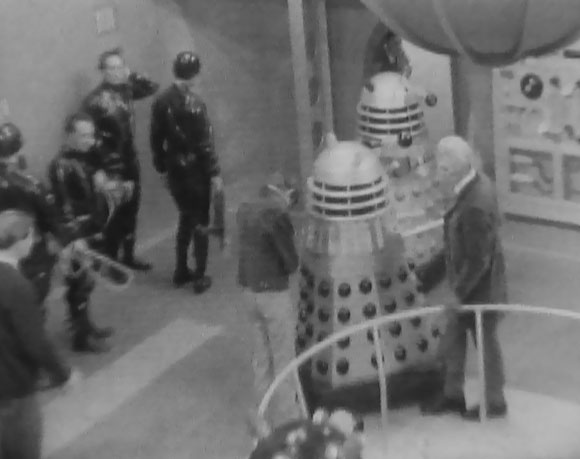 Classic TV organisation Kaleidoscope, which recovered the unique 16mm film print in conjunction with the Tim Disney Archive, said the find will “delight” Doctor Who and vintage music fans alike.

“For Doctor Who fans there’s a fascinating glimpse into the making of feature film Dalek Invasion of Earth: 2150 A.D., showing Peter Cushing as the Doctor on the set along with director Gordon Flemyng and lots of Daleks. 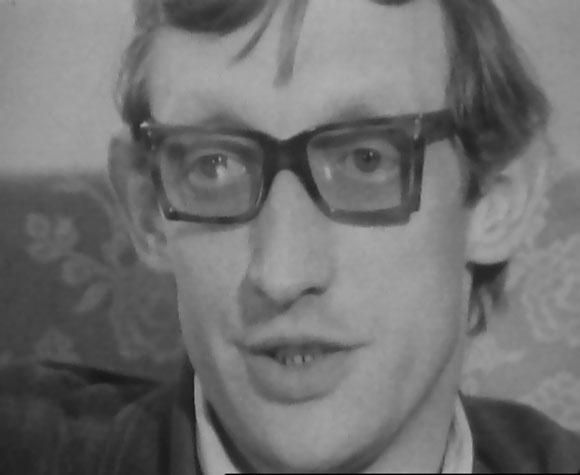 “For music lovers there are priceless performances by classic British beat band the Spencer Davis Group as well as American singer/songwriter Judy Collins.

“Sixties pop shows were routinely shown live or wiped after transmission so it’s great to find one that slipped past the eraser’s magnet!”

Tim Disney of the TDA said: “How this print came into existence or found it’s way to a Welsh village, we’ll never know.

“However, one theory is that it could have been film recorded by BBC Wales from the network feed down the line from London for transmission at a later date.”

The recovered edition, from March ’66, captures Flemyng at Shepperton Studios while directing an action-packed finale involving Horror icon Cushing and an army of Robomen thwarting a Dalek plan to drop a giant bomb into the Earth’s core.

Cushing played the Timelord — currently portrayed on TV by Matt Smith — in two Flemyng-directed films during the height of “Dalekmania”, also starring in 1964’s box-office hit Doctor Who and the Daleks.

Interspersed with the footage is an interview with Flemyng — who died in 1995, aged 61 — revealing that he preferred making “entertainment pictures”as opposed to more high-brow films, but “didn’t take them any less seriously”.

The emergence of A Whole Scene Going has also got music fans excited with the discovery of a rare interview with the Spencer Davis Group, who also perform chart-topping single “Somebody Help Me Now” in the studio.

Kaleidoscope and the TDA — who bought the film print privately from the collector — are currently in the process of returning a digital copy to the BBC Archive.

Eager fans will get the chance to see the recovered footage for the first time in more than four decades at Kaleidoscope’s next screening event, taking place in Stourbridge, West Midlands, on Saturday, June 9.

Tim Disney of the TDA added: “Dr Who was not the primary draw for us in recovering this programme, but the content of the programme as a whole — the exciting period of popular culture it reflects and it’s place in the history of British television.

“Thankfully, after the collector discovered he had a unique TV recording he was keen to ensure it would be returned to the BBC archives, turning down silly money offers to deal instead with Kaleidoscope and the TDA.”

With thanks to Kaleidoscope