Peter Capaldi reflects on his first series as the Doctor, coming to terms with the attention it has brought and how he would be useless in a real Tardis

“What’s now shocking is I can’t say anything publicly without it having a life. Not because I have extraordinary views but because people are keen on conflict, so they’ll make that the story. They love to make out that [showrunner] Steven Moffat and I have disagreements. But that’s business as usual. It made me realise how awful it must be to be a politician. I’m a lot more sympathetic to Malcolm Tucker’s views now.”

On his first series playing the Doctor

“It’s just been fantastic. You wake every day and you’re Doctor Who. By 7am you’re fighting Daleks or running down a corridor. All kinds of moments are wonderful – the first time you operate the Tardis, the first time a wall shakes or the first time you see some slightly unconvincing rubber monster.”

On the Doctor Who world tour

“That was extraordinary. People tell you the show’s successful abroad but until you actually see it, you don’t realise. You’re effectively joining a boy band or the Beatles. You arrive at the airport and there are packs of people screaming and holding up pictures of you. We’d do press events all day and then in the evening a public screening and Q&A, and people went bananas. In South Korea the venue seated 1,500 people, and 50,000 people applied for tickets. I was benefitting from Chris Eccleston, David Tennant and Matt Smith making the show so beloved – I swept in on their coat-tails and got all the adoration and BA first-class treatment.”

Read the full interview in the Christmas issue of Radio Times, available nationwide from Wednesday 10 December 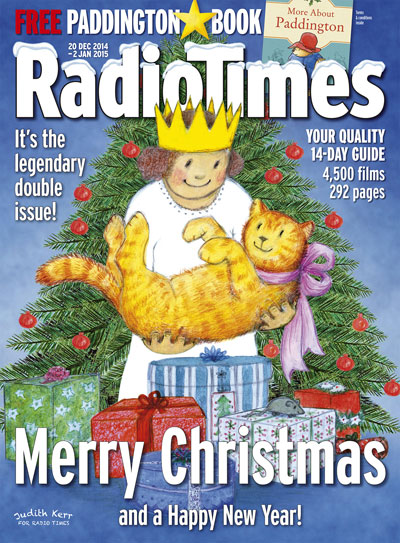