Warning:spoilers in text and pictures

Its no particular secret that Doctor Who filming has been taking place on-board a “pirate Ship” in Charlestown, Cornwall.

Below, past the BBC Cornwall news article are a few photo’s courtesy of Keith Martin from Eden-Project.co.uk.

You can see many more pictures and links to videos on his website Here.

Dr Who and his big blue Tardis have landed in Cornwall to film for the BBC TV series.

Charlestown has been used numerous times over the years for film and television productions.

Records show the St Austell village was first used way back in 1929 in a silent movie called Street of Abandoned Children.

The filming of the new Dr Who series has seen Charlestown’s popular harbour taken over by a film crew. 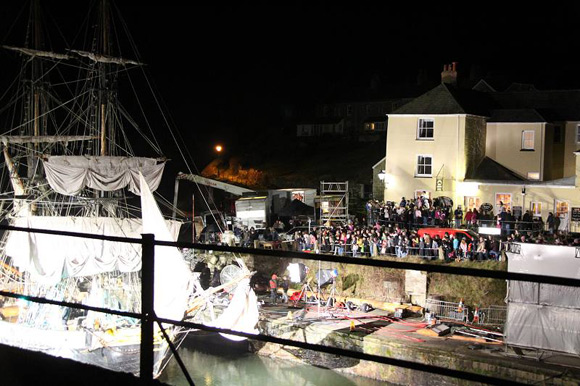 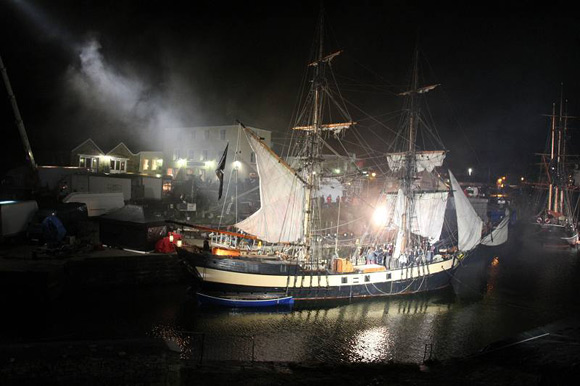 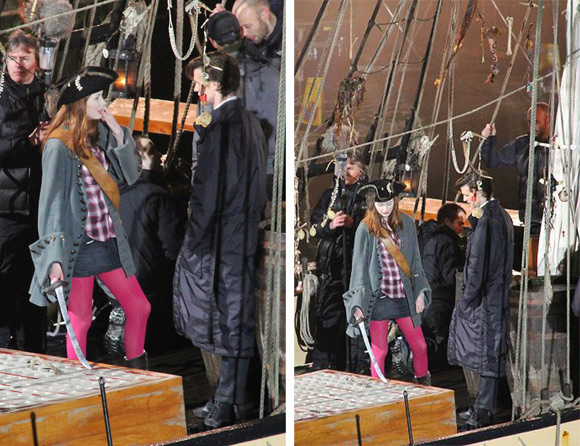