Peter Davison and Bernard Cribbins have been putting their artistic talents to the test and supporting the race for a cure for Parkinson’s at the same time. They have both designed unique candleholders as part of the ILLUMINATE campaign, which will be auctioned on Ebay for ten days from the 22nd February. 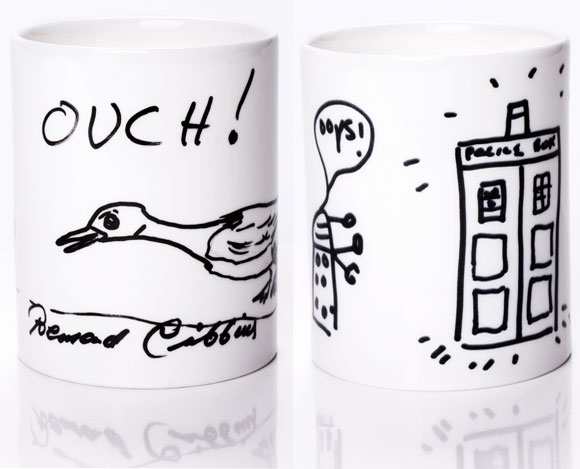 In the UK alone, one in every 500 people has Parkinson’s and one in 20 of those is under the age of 40. ILLUMINATE aims to not only raise funds towards a cure for the degenerative neurological condition, but also to educate and inform young people about its effect. Peter and Bernard are joined by 32 other celebrities who’ve designed candleholders. You can find out more information, and bid on the candleholders themselves itself by visiting www.cureparkinsonscandles.org.uk or you can go direct to the auctions Here.