This week’s Radio Times (on sale Tuesday 23 August) has an exclusive Doctor Who episode guide by executive producer Steven Moffat. Plus interviews with Matt Smith, Karen Gillan and Alex Kingston.

You can several Doctor Who articles on the Radio Times website Here.

Karen Gillan and Matt Smith talk about the downside of fame:

Matt Smith: “Getting the Tube is difficult, as is going to a festival. Often it’s just too hot to wear a hood for four hours. It’s not a problem; it’s just how it is.”

Karen Gillan: “You’re away from where you live nine months of the year so you don’t get to see your friends or your partner as much as you’d like or your family. But it’s worth it, so worth it, because you get to be in Doctor Who.” 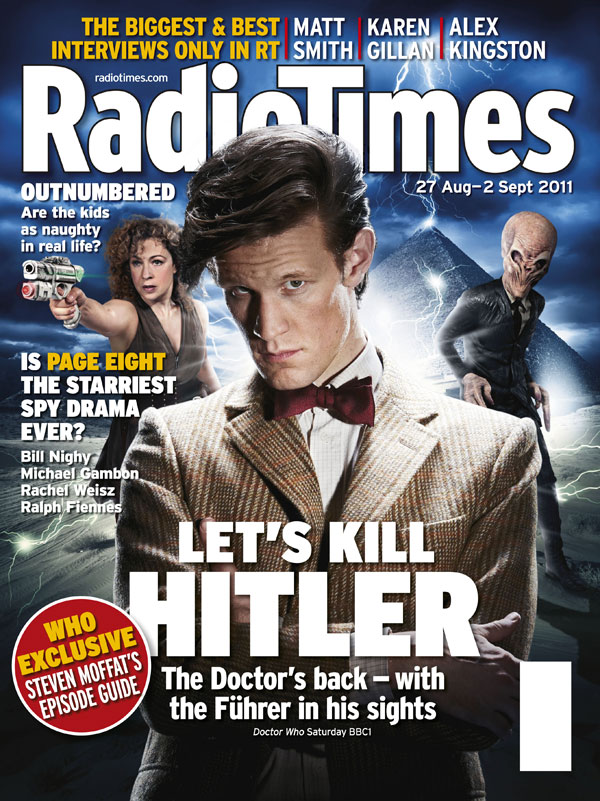