The Radio Times has some behind the scenes footage of Torchwood’s John Barrowman and Eve Myles as they step back into costume exclusively for the Radio Times cover shoot and talk about the new series: www.radiotimes.com

“The audience will see that Captain Jack is darker, but he’s still got his wit. The journey he goes on is extremely different from the journey he’s been on before. It’s absolutely, jaw-droppingly exciting.”

“We wanted to do more episodes, we wanted to find a way to tell a bigger length of story, and all of that thinking coincided with us being in America.” 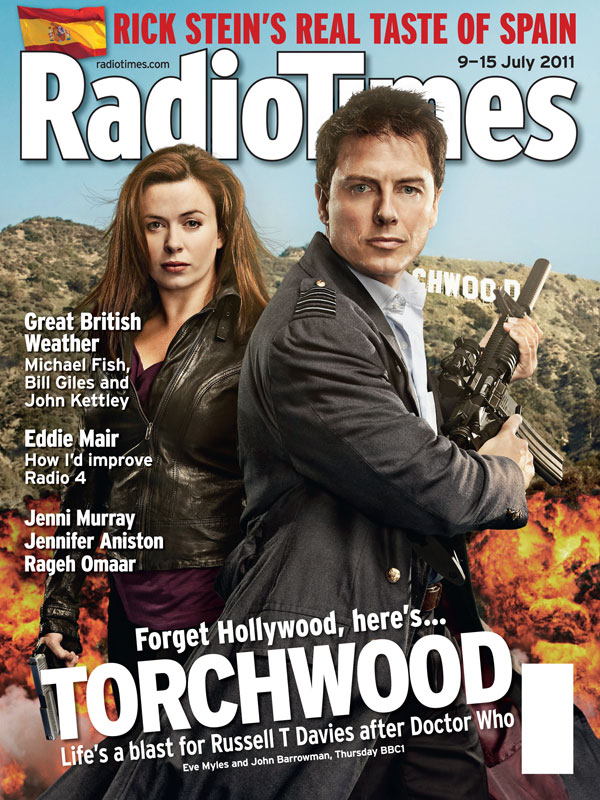 The BBC has also added clips to their Torchwood site…