Sarah Jane Smith and her gang of trusty sidekicks return with more alien-busting adventures in the fourth series of The Sarah Jane Adventures.

Featuring the usual mixture of thrills, laughs and scares the new series promises fun with enemies old and new, including the terrors of the Nightmare Man and a dangerous journey back into history. The show also takes its first visit to an alien world and tackles brand new vulture aliens the Shansheeth.

The Sarah Jane Adventures – The Nightmare Man: Part One Ep 1/12

In the first two-part adventure, The Nightmare Man, Sarah Jane’s adopted son, Luke, faces life-changing events on Monday and Bannerman Road will never be the same again when he has his first nightmare and is haunted by a dark figure from his dreams. A strange entity is reaching out to our world, with terrible consequences for the whole human race.

This opening episode will be repeated on BBC One on Wednesday 13 October at 4.30pm.

With Luke, Clyde and Rani trapped in a bizarre dreamscape, Sarah Jane must fight alone in the concluding part of the first story in the fourth series of The Sarah Jane Adventures.

As the Nightmare Man grows stronger, only K9 might hold the key, but can Luke summon the courage to face his adult life before the whole world becomes trapped in an endless nightmare?

This episode will be shown again on BBC One on Thursday 14 October at 4.30pm.

Luke is played by Tommy Knight, Clyde by Daniel Anthony, Rani by Anjil Mohindra, Sarah Jane by Elisabeth Sladen and the Nightmare Man by Julian Bleach. 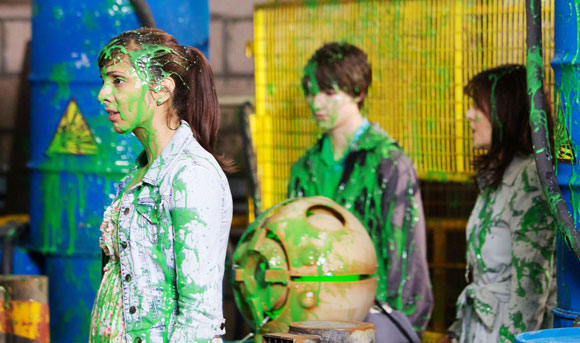 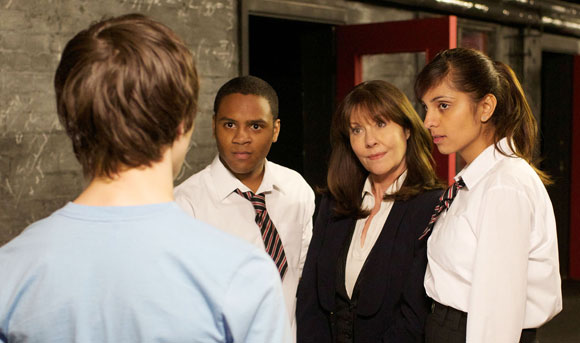