Shadows of the Vashta Nerada – Pictures

Shadows of the Vashta Nerada

This Christmas Day, Doctor Who fans are in for an extra special treat, as the BBC will release the fourth and final episode in this series of the ground-breaking Doctor Who: The Adventure Games immediately following the BBC One and BBC HD broadcast of the Christmas special.

The game will be available for UK households on PC and Mac as a free download from the Doctor Who website www.bbc.co.uk/doctorwho

Entitled ‘Shadows of the Vashta Nerada’, this fourth episode sees the first appearance of Steven Moffat’s brilliantly original monsters since their debut in Silence in the Library and Forest of the Dead. 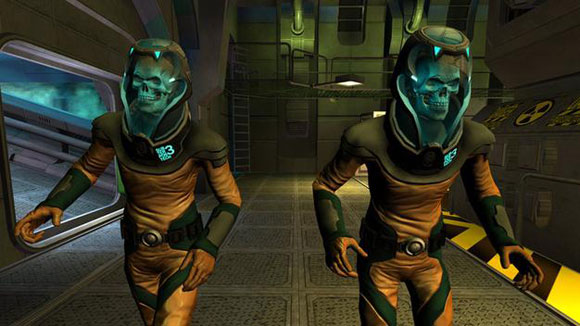 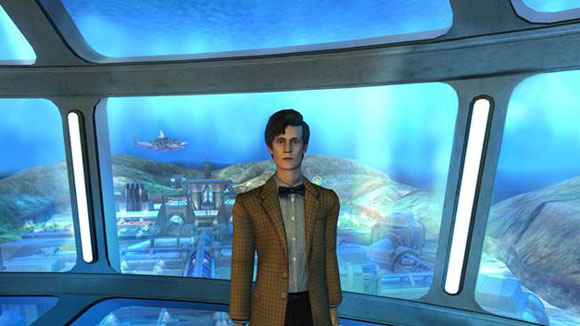 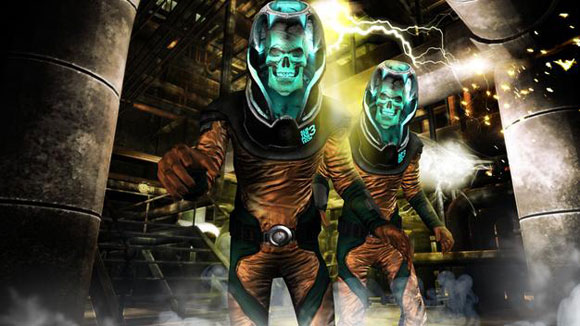 Executive produced by Steven Moffat and written by Doctor Who writer Phil Ford (Shadows of Mars, Torchwood), the game sees the return of Matt Smith and Karen Gillan in digital form – as the Doctor and Amy face their biggest adventure yet.

Kicking off immediately following the cliff-hanger ending of episode three, Shadows of the Vashta Nerada sees The Doctor and Amy materialise just south of London (and about a 1000 miles to the left) inside an aquatic sea-bed colony called Poseidon. The game features a breath-taking plot which surrounds a real-world conspiracy – and, of course, takes place at Christmas.

“We’ve gone all-out for the season finale,” says Steven Moffat, executive producer Doctor Who. “Shadows of the Vashta Nerada takes place entirely underwater – something which would be impossible for the TV series, as water is so expensive. It’s thrilling, terrifying, educational and fun. Just steer clear of those shadows…”

The Doctor Who: The Adventure Games have been produced by a team drawing on the very best talent from TV and gaming. The interactive episodes are executive produced by Steven Moffat, Piers Wenger, Beth Willis and with Anwen Aspden (BBC Wales Interactive), alongside Charles Cecil, one of videogaming’s most revered creators.

The games are being developed by Sumo Digital, one of the UK’s best game designers. Stories and scripts are from Phil Ford (co-writer Doctor Who ‘Waters of Mars’) and James Moran (Doctor Who, Torchwood Children of Earth). The project has been commissioned for BBC Online by Victoria Jaye, Head of Fiction and Entertainment Multiplatform Commissioning , and Sarah Clay, Multiplatform Commissioner for Drama.

Doctor Who: The Adventure Games will return in 2011.