The Vault of Secrets – Quiz and Poll

When an old enemy, Androvax the Veil, returns to Earth, the gang face a dilemma, as the alien-busting adventure series continues. Should they trust him – or does the legendary Vault hold an even greater terror?

A second threat then arises when android guardians threaten to destroy anyone who uncovers their secrets.

As the battle between Sarah Jane, Androvax and the androids reaches its climax, Rani has to save her own mother from being caught in the crossfire. But, as the Vault opens, with the destiny of the entire Veil species at stake, is it too late to save anyone?

The Mr smith quiz. Click the picture to active and click again on The Vault of Secrets to test you powers of observation. (please note this quiz has sound). 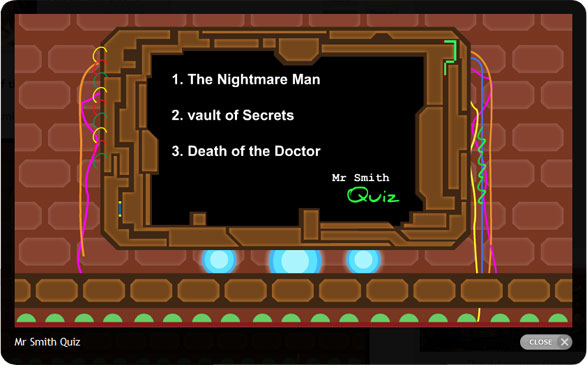 You can also tell us what you thought about the episode in the poll and comments below if you wish.The Vault of Secrets screenshots have also been added to our gallery pages Here.

Voting Polls from previous episodes. We will add a “favourite” story Poll when the series is complete…