Motion Comic Titled “Torchwood: Web of Lies” Will Feature Interactive Gameplay Elements with Clues To the Series Run on BBC One

“Torchwood: Web of Lies” is an episodic interactive experience for iOS that fuses together motion comic and gameplay elements to tell an original and digitally exclusive Torchwood story. Players will participate in a parallel storyline to “Torchwood: Miracle Day” that includes lead characters Captain Jack Harkness and Gwen Cooper – voiced by John Barrowman and Eve Myles. 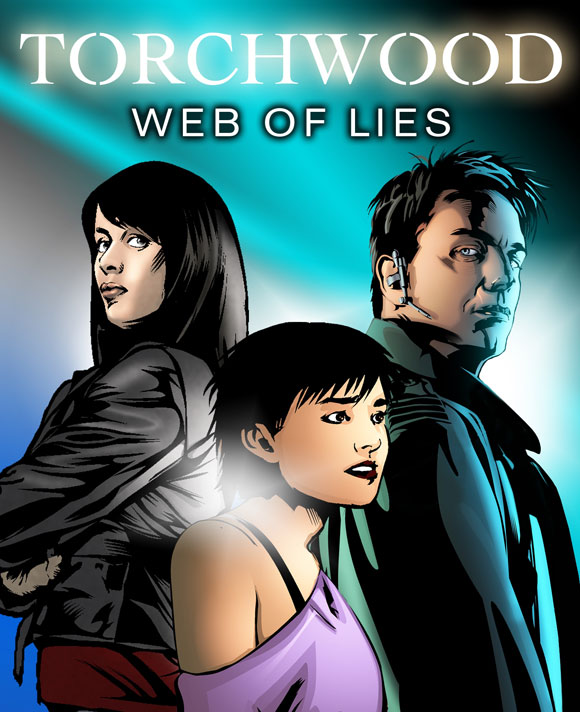 “Torchwood: Web of Lies” runs alongside weekly premieres of “Torchwood: Miracle Day”, providing fans with a way to engage in the world of Torchwood between episodes. It reveals a past day in the lives of Captain Jack Harkness and Gwen Cooper – a day they’ve both forgotten. The events of that day fuel a modern day conspiracy-laced treasure hunt, as Holly Mokri, voiced by Eliza Dushku (“Dollhouse,” “Tru Calling,” “Buffy The Vampire Slayer”), labors to uncover the secrets of Miracle Day. Each week a new episode unlocks, allowing players to access another piece of original motion comic narrative and game which ties into and extends plot developments of the show, as well as providing new twists in its own narrative.

Thanks to BBC Worldwide