Site Menu
Home > Doctor Who News > 12th Doctor Revealed – What do you Think?

12th Doctor Revealed – What do you Think?

12th Doctor Revealed – What do you Think?

The new Doctor is Peter Capaldi! 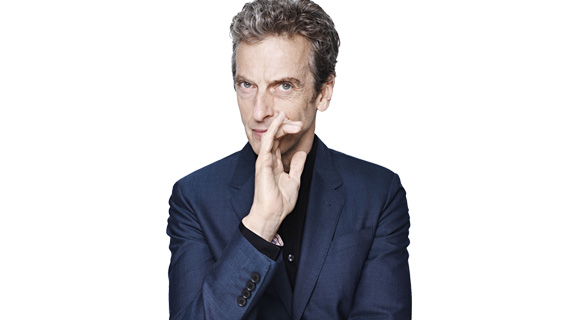 So the wait is over and we now know who will take over from Matt Smith in the Christmas Special – so what do you think?

In a special live broadcast, the BBC today announced that the role of Doctor Who would next be played by Peter Capaldi.

Amid much hype and speculation, Peter Capaldi was unveiled as the next Doctor during a special live television event on BBC ONE tonight.

Widely regarded as one of the biggest roles in British television, Capaldi will be the Twelfth Doctor and takes over from Matt Smith who leaves the show at Christmas.

Peter Capaldi says: “Being asked to play The Doctor is an amazing privilege. Like the Doctor himself I find myself in a state of utter terror and delight. I can’t wait to get started.”

Steven Moffat, lead writer and executive producer says : “It’s an incendiary combination: one of the most talented actors of his generation is about to play the best part on television. Peter Capaldi is in the TARDIS!”

Doctor Who companion, Jenna Coleman says “I’m so excited Peter Capaldi is the man taking on the challenge of becoming the Twelfth Doctor. With Steven’s writing and his talent I know we’ll be making an amazing show with an incredible incarnation of number 12. I can’t wait to start this new adventure!”

Charlotte Moore, Controller BBC One says : “Peter Capaldi has all the genius and versatility needed to take on the mantel of the great Time Lord and make the role his own. He’ll bring his own particular wisdom, charisma and wit to the Twelfth Doctor and take the show into an exciting new era.”

Ben Stephenson, Controller, BBC Drama Commissioning says : “We started thinking Peter Capaldi might be the right person to take on this iconic part a few months ago. But it was only when he did a secret audition at Steven’s house under the cover of darkness that we knew we had our man. He’s an extraordinarily talented actor who can seemingly turn his hand to anything. We can’t wait to premiere his unique take on the Doctor on Christmas Day and we are sure he’s going to become one of the all-time classic Doctors.”

Doctor Who is produced by BBC Cymru Wales

He has enjoyed an illustrious career to date in both film and television.

Before securing the coveted role of the Twelfth Doctor, Peter first appeared in Doctor Who in 2008, playing Caecilius in the episode “The Fires of Pompeii”.

Peter grew up in Glasgow and attended the Glasgow School of Art, while studying there he secured his first breakthrough role in Local Hero (1983). He has also had roles in Dangerous Liaisons, The Crow Road, The Devil’s Whore and Torchwood: Children of Earth.

It is his role as Government spin doctor Malcolm Tucker in the BBC comedy series, The Thick of It , that has earned Peter both international and award success. In 2010 he won the BAFTA Television Award for Best Male Performance in a Comedy Role and the BPG Best Actor Award. In both 2010 and 2012, Peter won the British Comedy Award for Best TV Comedy Actor. A film spin-off from The Thick of It, entitled In the Loop, was released in 2009.

As well as appearing in front of the camera, Peter is an award winning film maker. In 1995, he won the Oscar for Best Short Film (Live Action) for Franz Kafka’s It’s a Wonderful Life. He also wrote Soft Top, Hard Shoulder, which won the audience award at the London Film Festival, and wrote and directed Strictly Sinatra. Peter’s stage credits include Professor Marcus in The Ladykillers at the Liverpool Playhouse, which saw the play transfer to the Gielgud Theatre in London.

2013 has been a busy year for Peter who has been seen on screen in the film World War Z and in BBC Two drama series The Hour, for which he was BAFTA nominated. Not only will Peter film his first scenes for Doctor Who this Autumn, but he will appear in the forthcoming film The Fifth Estate and the Disney film Maleficent.

Peter is currently filming new BBC One drama series The Musketeers, in which he plays Cardinal Richelieu which will launch in early 2014.